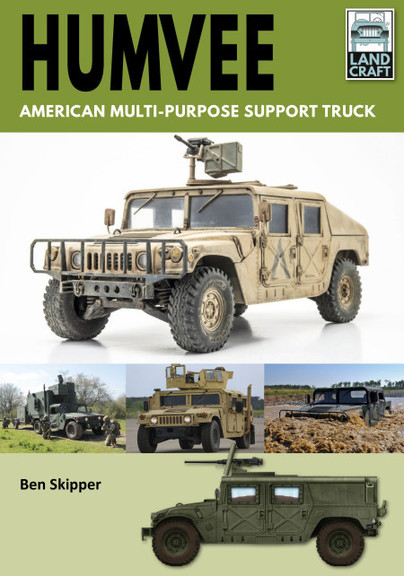 Add to Basket
Add to Wishlist
You'll be £16.99 closer to your next £10.00 credit when you purchase Land Craft 6: Humvee. What's this?
+£4.50 UK Delivery or free UK delivery if order is over £35
(click here for international delivery rates)


I would like to thank Ben Skipper for giving this book a specific area for the modelling aspects.

"...provides a large amount of content compared to its smallish size and strikes a good balance between not getting too technical but still providing good information and value."

The book is nicely formatted, enjoyable to read, and covers the subjects real vehicle details well and does an excellent job providing superb build photos and interesting examples of different upgrades, kits, and detail sets to make your Humvee build really 'pop'.

"...the modelling is top notch and the photos show completed models and system close-ups."