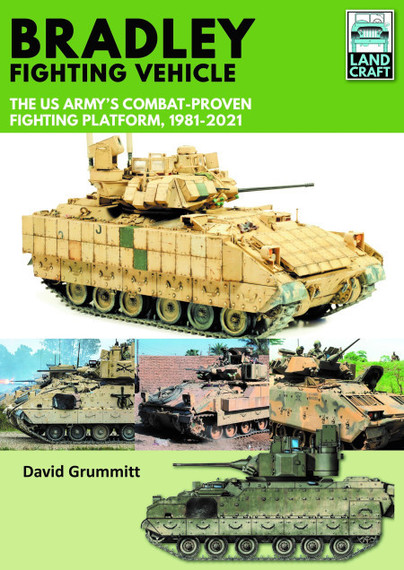 Click here for help on how to download our eBooks
Add to Basket
Add to Wishlist
You'll be £4.99 closer to your next £10.00 credit when you purchase Land Craft 9: Bradley Fighting Vehicle. What's this?
Need a currency converter? Check XE.com for live rates

Another excellent book aimed at the modeller (in my view anyway). This book details the origins of the infantry fighting vehicle moving on to the various versions of the title of the book. Again full of detailed write ups, black and white photos along with many colour photos and descriptions. Following on from this, details of the various available models and accessories again, along with photographs, descriptions and recommendations for the builds. These books to me, are excellent for the purpose.