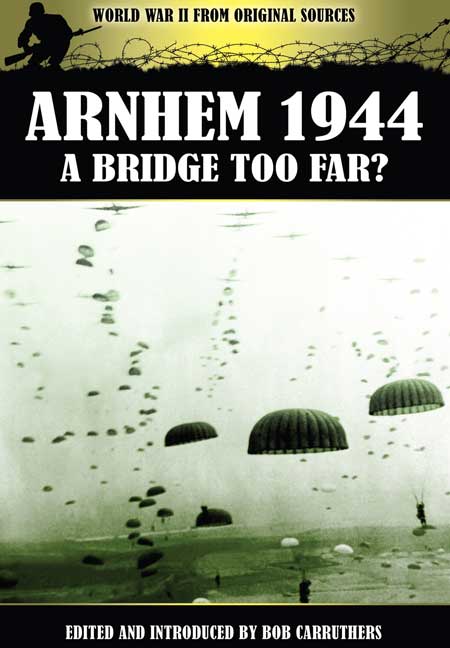 A Bridge Too Far?

This book reviews the complex set of military operations played out in the Netherlands during September 1944 involving the forces of Britain, Canada, Poland, the USA and Germany, providing a wide selection of sources covering each of the belligerents.

The book features the previously unpublished war diary of Captain Graham Davies, bringing a new perspective on the often overlooked contribution made by the artillerymen in support of both Operation Market and Operation Garden.

The German viewpoint is covered by the contemporary newspaper account translated from the pages of “The Westkurier”. The report was filed by war reporter Erwin Kirchhof and provides a powerful insight into the events of the battle as filtered through the prism of Goebbels' propaganda machine.

Two extracts from the official accounts of the 101st Airborne and 82nd Airborne Divisions give an indication of the strong conviction still held in the US camp that the operation had been a complete success.

Finally, an excerpt from the official account of the British First and Sixth Airborne Divisions, shows the British point of view of the battle of Arnhem, making this a compulsive purchase for all Second World War enthusiasts.