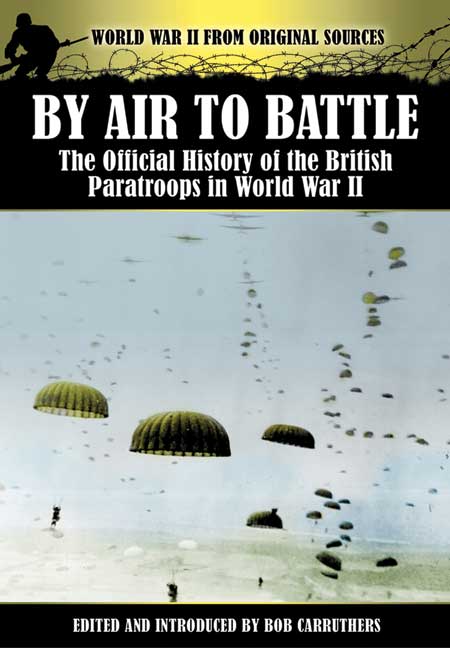 By Air to Battle (Paperback)

The Official History of the British Paratroops in World War II

Add to Basket
Add to Wishlist
You'll be £12.99 closer to your next £10.00 credit when you purchase By Air to Battle. What's this?
+£4.50 UK Delivery or free UK delivery if order is over £35
(click here for international delivery rates)

First published in 1945 and comprising a compilation of fascinating primary accounts of airborne combat as told by the very men who fought in the action, 'By Air to Battle' is the official history of Airborne operations by British Paratroops in World War II.

Spanning the introduction of the Central Landing Establishment to the end of the war, we follow the heroic exploits of the British First and Sixth Airborne Divisions. Never before available in ebook form 'By Air to Battle' is an inspiring and at times very comic description of the true events that took place at such historic conflicts as Arnhem, the Rhine, Normandy and Bruneval as well as the Airborne forces in North Africa, Sicily and Italy.

This is a must-read for any military history enthusiast.

Originally published in 1945, "By Air to Battle" told the story of the conception of the British paratrooper as well as their early exploits in World War 2. 66 years later it still makes good reading. The fact that when it was written the events it chronicles were still very fresh in the minds of those interviewed means that there is no faded memories to cast any doubt over the finer details.

This is a welcome Second World War re-print that stands up extremely well to the last 66 years on the shelf so to speak.