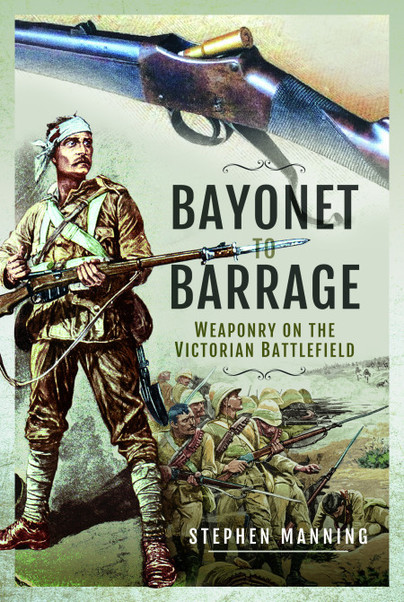 Click here for help on how to download our eBooks
Add to Basket
Add to Wishlist
You'll be £9.98 closer to your next £10.00 credit when you purchase Bayonet to Barrage. What's this?
Need a currency converter? Check XE.com for live rates

"An interesting read in how weapons and tactics change as do enemies. Showing the British Army at its best in expanding the British Empire during the Victorian period."

Bayonet to Barrage is thus an excellent survey of the Victorian battlefield and should be enjoyed by anyone interested in Britain’s pursuit and maintenance of Empire through military success.

... in general this is a very well researched and written piece of military history, that many will find interesting. Especially those with a fascination in military history and Victorian history. It will also be a valuable read for anyone who war games this period, or anyone thinking of delving into this period of gaming. It will make a nice Christmas present for anyone with those interests.

Here's an example of how to make a potentially stuffy technical exercise come alive.