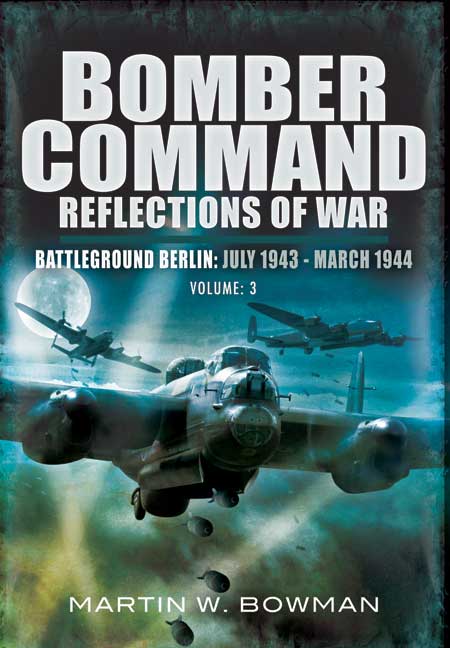 This massive work provides a comprehensive insight to the experiences of Bomber Command’s pilots and aircrew throughout World War Two. From the early wartime years when the RAF’s first attempts to avenge Germany’s onslaught were bedevilled by poor navigation and inaccurate bombing, to the final winning onslaught that finally tamed Hitler in his Berlin lair, these volumes trace the true experiences of the men who flew the bombers. Hundreds of first-hand accounts are punctuated by the author’s background information that put each narrative into wartime perspective. Every aspect of Bomber Commands operational duties are covered; day and night bombing, precision low-level strikes, mass raids and operations throughout all wartime theatres. Contributions are from RAF personnel who flew the command’s different aircraft from the early Blenheims and Stirlings to the later Lancasters and Mosquitoes. Each volume is full of accounts that tell of the camaraderie amongst the crews, moments of sheer terror and the stoic humour that provided the critical bond. The five volumes of this work provide the most vivid and comprehensive work on the outstanding part played by RAF Bomber Command in their vital role in the destruction of the Third Reich.

This is the third volume of a detailed and informative five-part series that aims to provide a comprehensive insight into the role of the men and machines of Bomber Command in the Second World War. The period covered in this volume was one that saw Bomber Command wage an offensive against the Ruhr, undertake the devastating raids on Hamburg, and strike at the “Big City’, as the German capital was known. Every aspect of Bomber Command’s operational duties in this period are covered, creating a valuable record for the historian.

…the author makes full use of extensive knowledge of sources to give a background to the personal accounts by aircrew members, which form the bulk of the book.
There is plenty here to interest both the serious historian and those seeking a lively account of war at the sharp end; recommended.