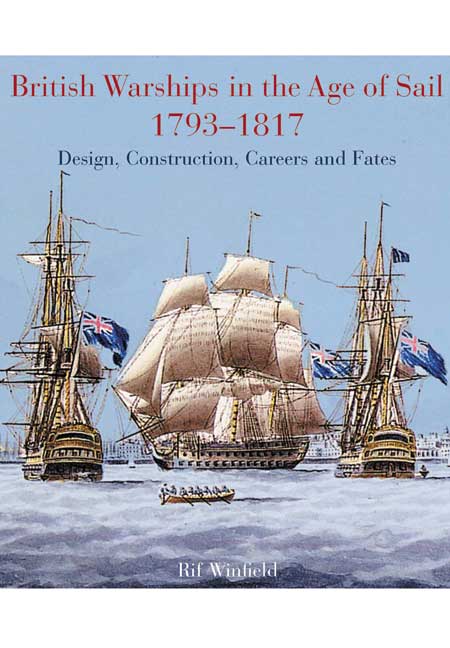 Click here for help on how to download our eBooks
Add to Basket
Add to Wishlist
You'll be £30.00 closer to your next £10.00 credit when you purchase British Warships in the Age of Sail 1793-1817. What's this?
Need a currency converter? Check XE.com for live rates

When first published in 2005 this book was hailed as a major contribution to naval history, and its value as a reference work was reflected in the speed with which it went out of print. This revised edition incorporates some important corrections, but retains the comprehensive coverage of the first, with details of well over 2000 ships that served during the Wars of the French Revolution and Napoleonic Empire - whether purpose-built, captured, purchased or merely hired. As well as technical data on the ships, information includes commissioning dates, refit periods, changes of captain, the stations where they served (and when), as well as notes on any actions in which they took part. The book is well illustrated with contemporary prints and drawings that show the wide variety of service required of naval vessels in these wars, while specially commissioned general arrangement drawings depict the most significant classes. In all, it is a fitting tribute to a navy that at the zenith of its power in 1809 comprised one half of all the warships in the world.

A mammoth task that has resulted in a mammoth book. Rif Winfield has made a lifetime study of the sailing warship and is the ideal author to write this book. There is no need to write a long-winded review here. This is simply the definitive book on the subject. Kudos too to Seaforth for a beautifully designed and presented book.

This volume is beautifully-produced by Seaforth Publishing to a very high quality level, and copiously illustrated – a large, most impressive volume and a mine of information. It enables anyone to follow up the most casual reference to any British warship of this period or to research in more detail a ship, a category of ships or a period; it will provide a solid core of information on which to base further study. It constitutes not only an essential work of reference for any researcher, maritime historian or serious student of the warships of the major seapower into which the Great Britain of the late 18th and early 19th Centuries had evolved, viewed at the peak if its power as a sailing navy, but is also in itself a source of great pleasure to read and handle.