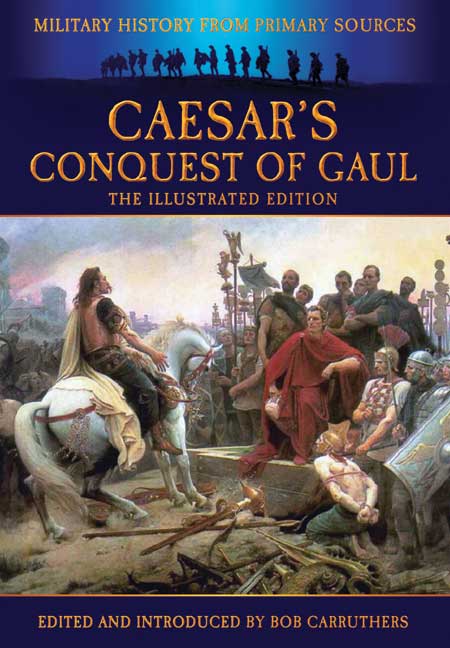 Click here for help on how to download our eBooks
Add to Basket
Add to Wishlist
You'll be £4.99 closer to your next £10.00 credit when you purchase Caesar's Conquest of Gaul. What's this?
Need a currency converter? Check XE.com for live rates

The Gallic Wars were a series of military campaigns waged by the Roman proconsul Julius Caesar against several Gallic tribes. They lasted from 58 BC to 50 BC and culminated in the decisive Battle of Alesia in 52 BC, in which a complete Roman victory resulted in the expansion of the Roman Republic over the whole of Gaul. The wars paved the way for Julius Caesar to become the sole ruler of the Roman Republic.

Although Caesar portrayed this invasion as being a preemptive and defensive action, most historians agree that the wars were fought primarily to boost Caesar's political career and to pay off his massive debts. Still, Gaul was of significant military importance to the Romans, as these had been attacked several times by native tribes both indigenous to Gaul and further to the north. Conquering Gaul allowed Rome to secure the natural border of the river Rhine.

The Gallic Wars are described by Julius Caesar as himself in this book, which was originally titled Commentarii de Bello Gallico, it is a pertinent and only slightly tendentious and altogether the most important historical source regarding the conflict. This updated edition contains the translated text and various illustrations depicting Roman warfare and key moments in Caesar's journey.