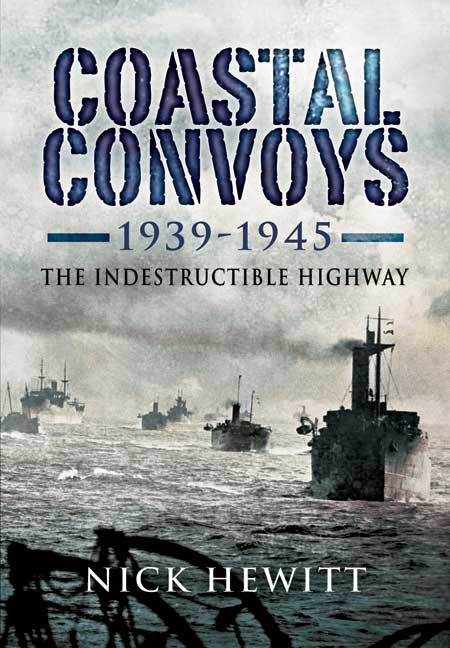 Click here for help on how to download our eBooks
Add to Basket
Add to Wishlist
You'll be £4.99 closer to your next £10.00 credit when you purchase Coastal Convoys 1939–1945. What's this?
Need a currency converter? Check XE.com for live rates

Using official records from the National Archives personal accounts from the Imperial War Museum and other sources, Coastal Convoys 1939 - 1945: The Indestructible Highway describes Britain's dependence on coastal shipping and the introduction of the convoy system in coastal waters at the outset of the war. It beings to life the hazards of the German mining offensive of 1939, the desperate battles fought in coastal waters during 1940 and 1941, and the long struggle against German air and naval forces which lasted to the end of the Second World War. Reference is also made to the important role played by coasters during the Dunkirk evacuation in 1940 and the Normandy landings in 1944.

This book fills a vital gap in World War II naval history by highlighting the brave actions undertaken by merchant crews moving vital supplies on east coast convoys, particularly coal from the north to the south of England.

This is an excellent addition to WW2 naval literature - detailed, authoritative,and above all very human.