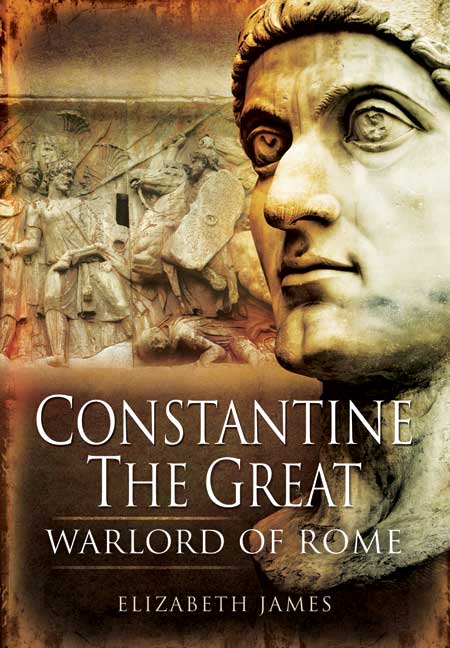 Click here for help on how to download our eBooks
Add to Basket
Add to Wishlist
You'll be £4.99 closer to your next £10.00 credit when you purchase Constantine the Great General. What's this?
Need a currency converter? Check XE.com for live rates

Constantine the Great is a titanic figure in Roman, and indeed world history. Most famed for making Christianity the official religion of the Roman Empire (and thus ensuring its survival and spread), and for moving the seat of imperial rule to 'New Rome' (Constantinople), he is most often studied for his religious and political impact. But it is often forgotten that his power and success was made possible by the use of armed force, in an impressive military career which is well worthy of study in its own right. Constantine won victories over external barbarian armies as well as defeating the Roman armies of his internal rivals in civil war.

Elizabeth James sets the scene with a discussion of the nature of the Roman army as it emerged in evolved form from the Third Century Crisis, describing the make up of the armies, their weapons and tactics, and the impact of Constantine's policies and reforms. She then examines each of Constantine's campaigns and battles, (including the British campaign which led to his proclamation as emperor at York) to show that he deserves to be remembered as a great general as well as a great emperor. This will be a welcome study of a neglected facet of this historical colossus.

Constantine’s life and reign were accompanied by significant military activity… Elizabeth James turns a focused lens on the under-reviewed marital aspect of this ruler… The text itself is well - written and highly accessible… The transitions are effected smoothly. The chapters of this section are intended jointly as a foundation for understanding the forces which shaped Constantine, and especially his relationship to the military. In this, they work reasonably well, especially for the reader who wants only a brief introduction to these topics… well formulated, accessible text, “Consantine the Great: Warlord of Rome” provides general readers with a quick overview of Constantine’s role as a military commander… the book remains worth reading for those seeking an introduction to the topic or wanting to expand this picture of this emperor.

Elizabeth James studied Ancient History at Oxford and Durham Universities, where a good knowledge of Greek and Latin allowed her to work on the sources in their original form. She has a particular interest in Late Antiquity. After a brief career in teaching, she is now a pursuing a career as a professional author and copy-editor. She has recently completed writing an A-level course on Classical Civilization for Oxford College.