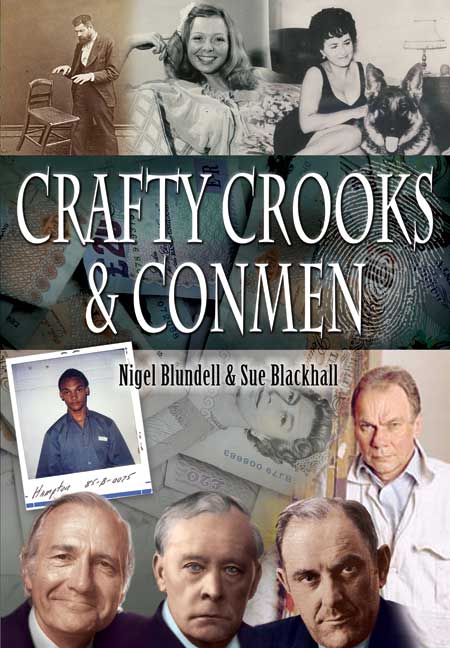 Click here for help on how to download our eBooks
Add to Basket
Add to Wishlist
You'll be £4.99 closer to your next £10.00 credit when you purchase Crafty Crooks & Conmen. What's this?
Need a currency converter? Check XE.com for live rates

They're crafty and cunning ' every one of them a conman who would relieve you of your hard-earned cash without a qualm. And yet what sets apart the crooks who fill the pages of this book is the manner of their crimes. It is not so much what they do but the style in which they do it that makes them memorable.

Their exploits are, of course, reprehensible. But while it would it be utterly wrong to condone their criminal artifice, it is near-impossible to not to admire their ingenuity. If only the conmen whose crimes are catalogued here had turned their energy and expertise to honest enterprise, most of them would have been rich and famous. In the event, most ended up outcast and infamous.

Like Victor Lustig, the 'Bouncing Czech', who was arguably the greatest conmen of the past century. Having sold the Eiffel Tower (twice) and gone on the run with the proceeds, he should have retired rich. Instead he carried
on duping people and died in jail. Or the philanderering politician who threw away a glittering career for
greed and the love of a beautiful woman. Or the 'friend of the stars' who infiltrated a royal castle. Or the phony 'spy' who enslaved his gullible victims. Or the fake Scots 'laird' who operated from the heart of Scotland Yard.

The confidence tricksters in this book are a disparate a bunch of characters but they have one thing in common their exploits are remembered long after their more virtuous victims are forgotten!