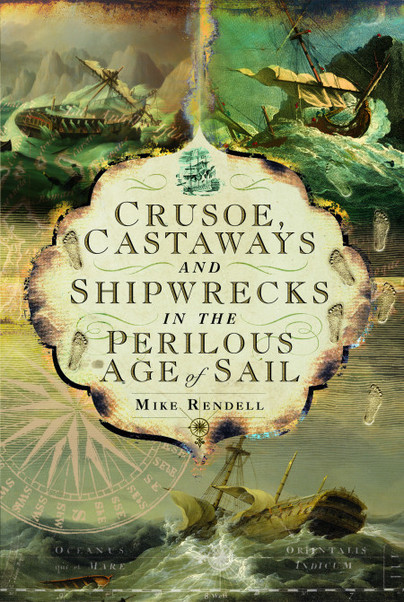 Crusoe, Castaways and Shipwrecks in the Perilous Age of Sail (ePub)

Click here for help on how to download our eBooks
Add to Basket
Add to Wishlist
You'll be £4.99 closer to your next £10.00 credit when you purchase Crusoe, Castaways and Shipwrecks in the Perilous Age of Sail. What's this?
Need a currency converter? Check XE.com for live rates

This book contains true stories which inspired Daniel Defoe; tales of bravery, courage, determination and good fortune, along with some of the reasons why people found themselves cast away. These included being wrecked, abandoned as a punishment, marooned by pirates – or even out of deliberate choice. Rendell recounts amazing tales of survival in the face of adversity – in the Falklands, the Caribbean and off the coast of Australia. Perhaps the most astonishing story of them all is that of sixty slaves abandoned on a desolate treeless island in the Indian Ocean and left there for fifteen years; some survived against all odds. Being cast away brings out the best in some – and in others the very worst.