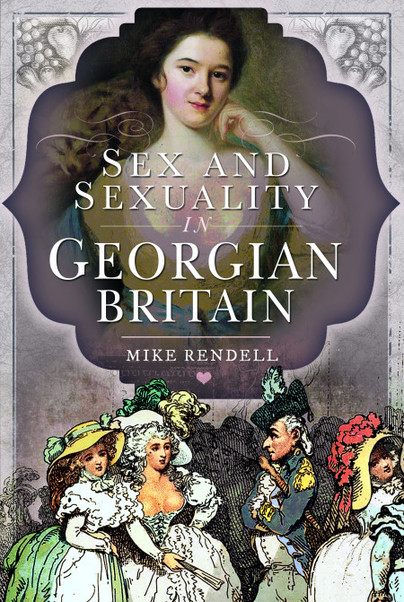 Preorder
You'll be £11.99 closer to your next £10.00 credit when you purchase Sex and Sexuality in Georgian Britain. What's this?
+£4.50 UK Delivery or free UK delivery if order is over £35
(click here for international delivery rates)

Peek beneath the bedsheets of eighteenth- and early nineteenth-century Britain in this affectionate, informative and fascinating look at sex and sexuality during the reigns of Georges I-IV. It examines the prevailing attitudes towards male and female sexual behaviour, and the ways in which these attitudes were often determined by those in positions of power and authority. It also explores our ancestors’ ingenious, surprising, bizarre and often entertaining solutions to the challenges associated with maintaining a healthy sex life.

Did the people in Georgian Britain live up to their stereotypes when it came to sexual behaviour? This book will answer this question, as well as looking at fashion, food, science, art, medicine, magic, literature, love, politics, faith and superstition through a new lens, leaving the reader enlightened and with a new regard for the ingenuity and character of our ancestors.