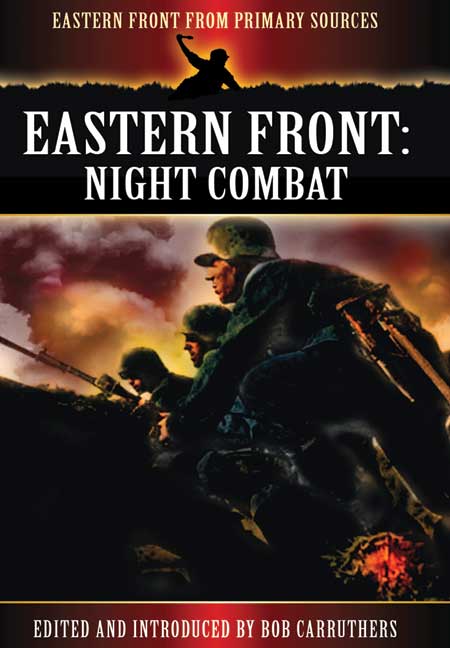 Add to Basket
Add to Wishlist
You'll be £9.99 closer to your next £10.00 credit when you purchase Eastern Front: Night Combat. What's this?
+£4.50 UK Delivery or free UK delivery if order is over £35
(click here for international delivery rates)

With the onset of the Cold War the pool of hard won knowledge gained by the Wehrmacht on the Eastern Front was invaluable and had to be collected and systematically recycled to the US and British forces as quickly and as thoroughly as possible.

The extensive interview programme eventually appeared as the German Report Series and today they represent a fascinating glimpse from the operational and tactical viewpoint of the war in the east at the sharp end.

Featured is a detailed report on the principles of Russian and German night combat tactics, and an in-depth training manual written from the German point of view.

Combining contemporary reports of the key characteristics of night combat with more obscure aspects, including how to use your eyes at night, driving equipment and evasive tactics, this excellent survey of sources builds into an absorbing account of night combat methods drawn exclusively from original wartime reports.

This new compilation is essential reading for anyone interested in discovering rare and vital information on the combat experience on the Eastern Front from primary sources.