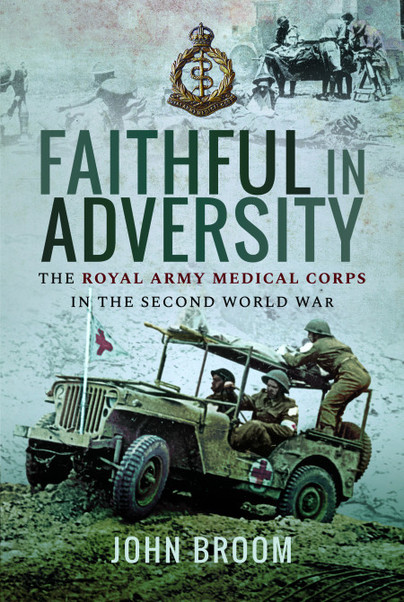 Add to Basket
Add to Wishlist
You'll be £15.00 closer to your next £10.00 credit when you purchase Faithful in Adversity. What's this?
+£4.50 UK Delivery or free UK delivery if order is over £35
(click here for international delivery rates)

Faithful in Adversity: The Royal Army Medical Corps in the Second World War is a wide ranging survey of the many different challenges faced when treating the wounded in World War II. Each theatre of the war is considered using numerous personal accounts from private diaries, letters and official accounts. An excellent single volume overview.