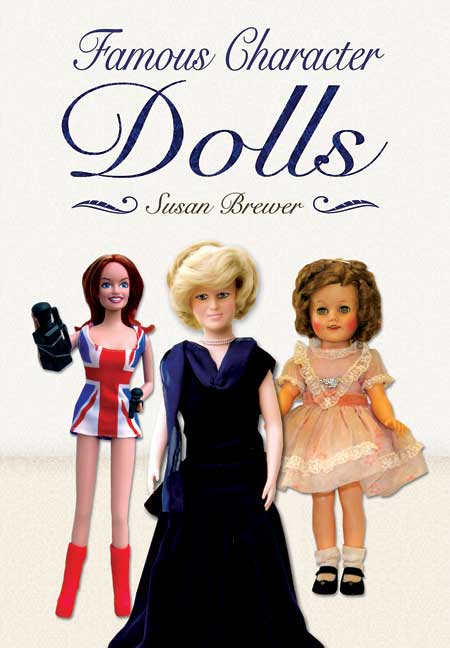 Click here for help on how to download our eBooks
Add to Basket
Add to Wishlist
You'll be £4.99 closer to your next £10.00 credit when you purchase Famous Character Dolls. What's this?
Need a currency converter? Check XE.com for live rates

Other categories that include famous character dolls are animated films, such as Toy Story – Woody, Buzz Lightyear, Jessie and the others are true famous dolls, as opposed to the dolls created of Snow White, Mulan, Pochahontas and Betty Boop, all of which are intended as 'real' people. There is a subtle difference. Then there are characters from the world of advertising, dolls dressed as royalty, children's television characters, dolls in national dress and those that portray film characters: Harry Potter, Mary Poppins, Captain Jack Sparrow and Eliza Doolittle. And, finally, we mustn't forget Shirley Temple, the eternal child, instantly recognisable by her ringlets and dimples and who has been depicted in doll form hundreds of times.