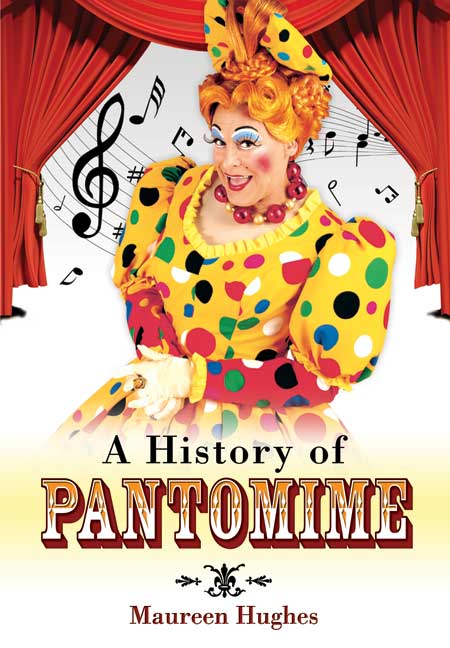 A History of Pantomime (ePub)

Click here for help on how to download our eBooks
Add to Basket
Add to Wishlist
You'll be £4.99 closer to your next £10.00 credit when you purchase A History of Pantomime. What's this?
Need a currency converter? Check XE.com for live rates

Each Christmas entire families in the UK troop off to see, what one could almost say is 'the obligatory'. annual entertainment, known as Pantomime. It is a traditional, seasonal way of life for the British envied the world over, and one which only the British seem to understand! Pantomime serves both to entertain and to introduce each new generation to the joys of theatre in the most unique of ways, for this is not a type of theatre one merely watches, but one in which the audience participate – often in the most seemingly boisterous and bizarre of ways. The whole experience is steeped in tradition, traditions which only the British seem to understand, which is probably why we are proud to call it a 'British Experience.'

In A History of Pantomime Maureen Hughes takes a brief look at the history of Pantomime as well as taking a humorous look at some of the above mentioned traditions; she also gives a synopsis of each of the well-known Pantomimes whilst exploring the eccentric world of the characters who appear in them. There is also a short piece on just some of the most well-known and loved of the actors who each Christmas take on the part of Pantomime Dames across the UK, as well as a look at others who have contributed to this magical world of fun and eccentricity. It is thought by some to be frivolous and pointless piece of theatre, but a browse through this informative book and you will soon find that Pantomime is an art form all of its own, requiring the most dedicated and talented of actors/actresses who are prepared to honour and perpetuate this wonderful tradition as it is passed down from one generation to the next.

As seen in The Telegraph and the Sunday Post (Glasgow).

As referenced in resources for article 'Dame For A Laugh'

This book is on the way to being a bible for the panto enthusiast.