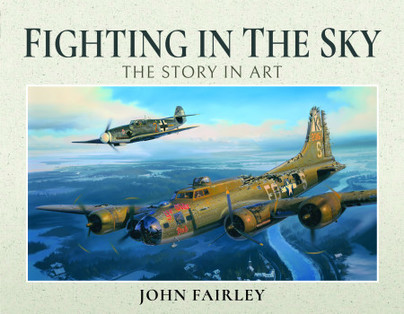 Fighting in the Sky (ePub)

Click here for help on how to download our eBooks
Add to Basket
Add to Wishlist
You'll be £4.99 closer to your next £10.00 credit when you purchase Fighting in the Sky. What's this?
Need a currency converter? Check XE.com for live rates

"Rather than attempting to deliver a comprehensive overview of war in the air, the book’s image-driven format offers history by vignette. The range of artwork and the perceptive nature of the accompanying text give readers much to ponder. Taken together, the paintings and descriptions present a compelling tableau of the first century of military operations in the third dimension."

This book is highly recommended based upon the outstanding prose, spectacular artwork, and coverage of the histories of the conflicts covered.