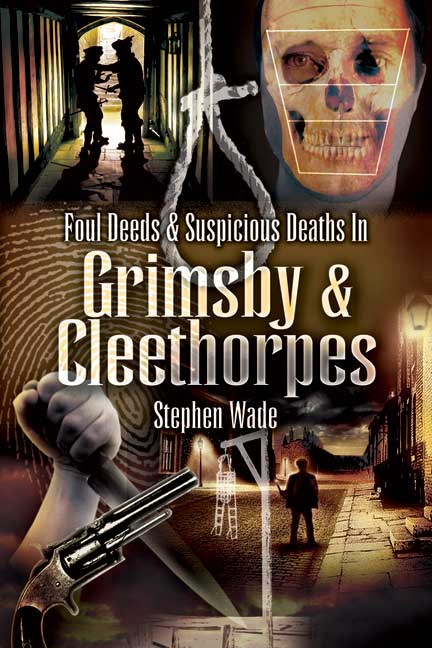 Add to Basket
Add to Wishlist
You'll be £12.99 closer to your next £10.00 credit when you purchase Foul Deeds and Suspicious Deaths in Grimsby. What's this?
+£4.50 UK Delivery or free UK delivery if order is over £35
(click here for international delivery rates)

In Foul Deeds and Suspicious Deaths in Grimsby and Cleethorpes, Stephen Wade provides a dramatic set of stories from around the area, ranging from Medieval to the mid-Twentieth Century. Many of the tales are about jealous lovers, workers under duress who 'snap' and desperate accounts of people living on the edge, their lives tough and hard. But there are also the legal stories: the court-room combat of lawyers and those standing accused. But the 'foul deeds' are not all of violence and murder. Some, such as tales of sea-going apprentices, are specific to this famous maritime port and its fishing industry. Others are simply controversial, such as the tale of the banned postcards and the memories of work on the beat from the memoirs of police officers. This book will give the reader who knows Grimsby some reminders of famous stories. For those new to the town, there will be some surprises and some entertaining narratives from the criminal files.

AS REVIEWED IN THE 'GRIMSBY TELEGRAPH'.

This is a really enthralling book. I never imagined when I visited my aunt Mary in Grimsby as a lad that such bloody crimes had occurred

For instance, there was the brutal murder of the unfortunate Lucy Lingard as Stephen Wade writes: “It was clear that Lucy had tried in vain to protect herself but she was savagely wounded, having been stabbed eleven times- in the head, face, chest and arms. She died in hospital four days later.

Again, this is an excellent book with an appeal beyond Grimsby and Cleethorpes.