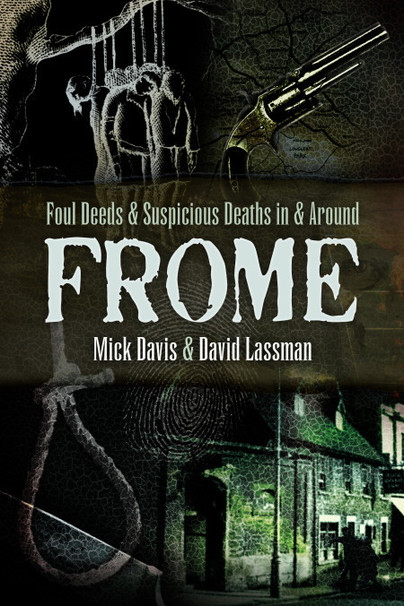 Foul Deeds and Suspicious Deaths in and around Frome (Paperback)

Add to Basket
Add to Wishlist
You'll be £7.79 closer to your next £10.00 credit when you purchase Foul Deeds and Suspicious Deaths in and around Frome. What's this?
+£4.50 UK Delivery or free UK delivery if order is over £35
(click here for international delivery rates)

The Somerset town of Frome might top national polls as a great place to live and enjoy a reputation as the epitome of cool, with Hollywood A-listers regularly spotted on its street and global rock-stars playing its venues, but the place hasn’t always been so ‘chic’ and behind this modern-day façade lies a more sinister and foul past; full of murder, kidnapping, rioting, witchcraft and rebellion, among the other nefarious activities that have taken place over the centuries in the town and surrounding areas.

Indeed, the very existence of Frome is down to acts of criminality; as it has been said the reason Saint Aldhelm built his Saxon church in the first place, thus bringing the market town into being, was to ‘civilise’ the outlaws and bandits who roamed the interior of Selwood Forest; the huge tract of woodland which encircled the land that became the original settlement.

Foul Deeds and Suspicious Deaths in and Around Frome chronicles fourteen foul but fascinating stories that includes the Frome vicar who wrote the most significant book on witchcraft, influencing everyone from The Great Beast himself, Aleister Crowley, to the perpetrators of the Salem witch trials; the key turning point in the Monmouth Rebellion; the last person to be publicly hanged outside Taunton gaol; a war veteran’s triple tragedy; and the violent and brutal pitched battle that was the culmination of a long-running feud between the local populace and the Salvation Army.

You will never look at Frome the same way again.

Behind a ponderous title is an enjoyable volume of lively local history.

Article: 'Author's new book shares the secrets of Frome's dark past as featured by'