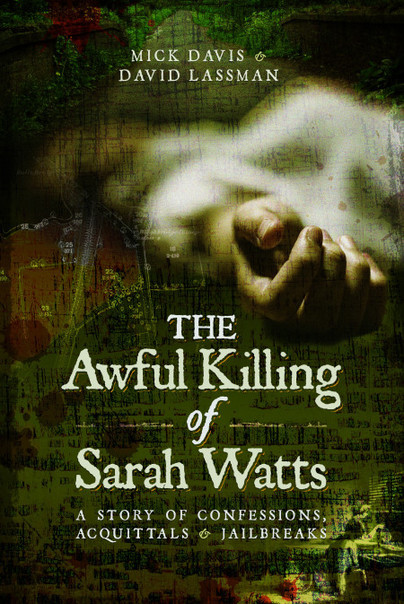 A Story of Confessions, Acquittals and Jailbreaks

Add to Basket
Add to Wishlist
You'll be £11.99 closer to your next £10.00 credit when you purchase The Awful Killing of Sarah Watts. What's this?
+£4.50 UK Delivery or free UK delivery if order is over £35
(click here for international delivery rates)

Taking place nine years earlier than the Road Hill case, made famous by the best-selling book The Suspicions of Mr Whicher and subsequent television adaptation, The Awful Killing of Sarah Watts: A Story of Confessions, Acquittals and Jailbreaks recounts the shocking details of this 1851 murder, on an isolated farm near Frome, and the incredible events that transpired from it.

On Wednesday 24th September 1851, with her parents at market, Sarah Watts was alone at Battle Farm. Sometime during the afternoon, an intruder battered, raped and brutally murdered her.

As the case gripped the nation, a London Detective was sent to investigate. The result was three local men – all notorious felons with previous convictions – were arrested and charged; but with a huge reward on offer, were they really guilty or just hapless victims of others' greed?

When they did stand trial, it set in motion a series of riveting events that culminated a decade later in a sensational confession; but was this confessor’s sanity to be questioned and were they even in the country at the time of the murder?

For the very first time, this sensational story is told in full-length book form, with the authors having meticulously researched newspaper accounts, court transcripts, prison records and eyewitness accounts.


David Lassman talk as featured by

'Following in the footsteps of Victorian killer'

'Murder Walk will be highlight of festival'

On 24 September 1851, 14-year old Sarah Watts was brutally murdered at a farmhouse near Frome in Somerset while her parents were at market. At the time Somerset did not yet have a professional police force, so the magistrates asked Sgt Henry Smith of Scotland Yard, part of the newly formed London Metropolitan Police, to help find the killer.

The Awful Killing of Sarah Watts is a true crime story with a gallery of colourful suspects, courtroom drama, sudden new evidence, gaolbreaks and more. Essentially a piece of local history, meticulously researched by two local historians, it has a wider interest as a detailed case study of law enforcement, criminal justice and the penal system at a formative stage in their development in Britain. The case remains unsolved, and readers are left with a set of scenarios to choose from themselves.

I had never heard of this case until Pen and Sword decided to take it up - Mick Davis and David Lassman turn in a fascinating account of the murder and the subsequent arrest of three men who might not have had anything to do with the crimes against the little girl; this is a cold case that deserves this attention, and the authors have done the little girl proud!

'IN THIS edition of the Frome Times we welcome two local authors and historians, who will become regular contributors through a feature entitled ‘Frome Times Past’

Article: 'When our town was the crime capital of region' by James Wood as featured by

Author talk as featured in

Article: Frome, the 'crime capital of the south west' where an horrific murder took place by James Wood as featured by

Article: 'Frome's most infamous murder - The Awful Killing of Sarah Watts' as featured in