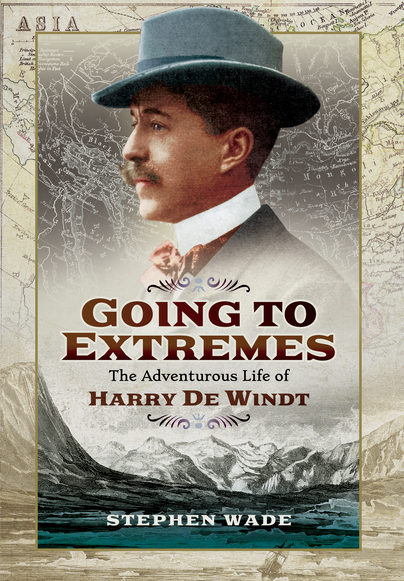 Click here for help on how to download our eBooks
Add to Basket
Add to Wishlist
You'll be £4.99 closer to your next £10.00 credit when you purchase Going to Extremes. What's this?
Need a currency converter? Check XE.com for live rates

Harry de Windt (1856–1933) was a man who, by any standards, was a personality, a marked presence in the world of Victorian and Edwardian literature and social life. He was a member of the literary circle around Oscar Wilde and his friend and lover, Bosie (Lord Alfred Douglas); he was active in the world of the turf; and he travelled – he took on dangerous journeys with relish, crossing vast tracts of the British and Russian empires for the sheer thrill of it. This book traces his life and adventures, at home and abroad, and also gives an account of his early work on military service in Sarawak, Malaysia, his expert knowledge of the Russian prison system, and his later Great War role running a POW camp.
Many of his books reflect epic journeys against the odds: From Paris to New York by Land, Savage Europe, Siberia As It Is and others. His autobiographical work, My Restless Life, perhaps sums up his nature.

* Harry de Windt was brother to the Ranee of Sarawak and fought against rebels there in his early career
* He visited the penal colony on the Russian island of Sakhalin close to the same time that Anton Chekhov went there
* He appeared as a witness in the trial for libel of Lord Alfred Douglas, as he blamed Winston Churchill for the heavy losses in the Battle of Jutland
* On his travels he met a host of interesting people – from murderers to statesmen


A fascinating figure and life, Harry de Windt was a writer and famous personality of his day, walking in exulted circles at the highest reaches of society. He was a traveller and undertook many dangerous journeys with relish. This book traces his life and adventures at home and abroad and covers his military service in Sarawak and Malaysia, his expert knowledge of the Russian prison system and his later Great War role running a prisoner of war camp. A very interesting character.

I have never heard of Harry de Windt - Stephen Wade brings to life someone who would surely have graced the gossip columns of the late 19th and early 20th century newspapers, and his story reminds me of another giant from that era: Harry Selfridge. Brilliantly researched and written, a joy to read.