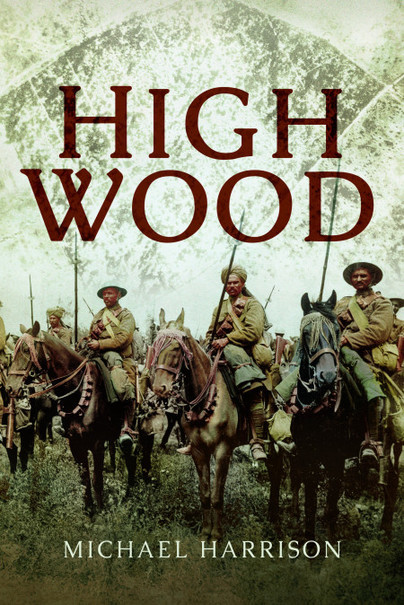 Click here for help on how to download our eBooks
Add to Basket
Add to Wishlist
You'll be £4.99 closer to your next £10.00 credit when you purchase High Wood. What's this?
Need a currency converter? Check XE.com for live rates

Bois de Fourcaux is now a luxuriant woodland that covers seventy-five acres, set in the central area of the British battlefields of the Somme. It dominates the surrounding landscape today, as it did in the summer of 1916. Known to the British Army as High Wood, the Germans appreciated its value as a natural field fortification that would have to be captured if the British were to find a way forward in their attempts to breach the trench systems of the German Army and break out into ‘the green fields beyond’.

This insightful publication will take the battlefield visitor, as well as those who are unable to visit the site, on a journey through the weeks of the fighting for High Wood and its immediate environs. It covers the most significant events in the BEF’s struggle to eject the Germans, a struggle that went on for just over two months, by the end of which the verdant wood of June 1916 had been reduced to a shattered remnant, the ground an utter mess of interlinking shell holes and trenches.

This is a story of the largely inexperienced British Army of 1916 and the fumbling progress it made in learning the skills to fight an industrial war of the twentieth century. Lessons were learned in the furnace of the Somme that would transform the fighting ability of the British: High Wood was at the epicentre of that learning process.

The book contains detailed maps from of the High Wood battles, many of which are extracts from trench maps. An explanation is provided on the use of the numbered grid system, which enables the visitor to locate, at best with an accuracy of to five yards, the site of an action that took place over a century ago.

An interesting, atmospheric and useful book, suitable for both laypersons and those wishing to add to their knowledge of the battle.

Original maps, eye-witness accounts and a highly-informative and well-researched text, make this an essential title to accompany any visit to the area. It answers questions and gives directions, which is all that anybody could want from such a work. Even as a general read, this is absorbing stuff.

Article: 'Local author has new book published' as featured in

Overall, this book will provide a valuable addition to any WW1 Library on the Battle, and an effective guide book.