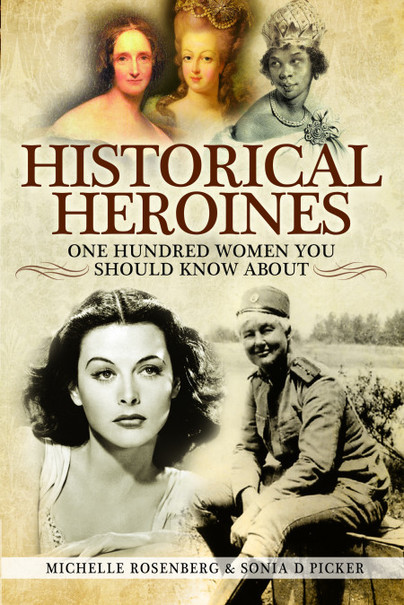 100 Women You Should Know About

You'll be £4.99 closer to your next £10.00 credit when you purchase Historical Heroines. What's this?
Need a currency converter? Check XE.com for live rates

Keeping it to just 100 was a struggle. But we figured that any more miscast, missing and misunderstood women in one sitting would push you over the edge in your righteous, indignant fury. So actually, we’re thinking of you. (You're welcome).

It’s a broad mix as we have delved into the growing pile of women's histories and selected those gals we felt were interesting, compelling or just fun. Many will be familiar in their native countries and celebrated in folklore legend but we believe they deserve a wider audience.

There are thousands more that could have been included but it’s a short book and we could only pick 100. What unites our cast of characters is that they have all suffered being miscast, type cast or simply cast aside.

So, sit back. Read. Enjoy. And kick some butt in solidarity.

★★★★★ Met some ladies I knew about, but some I'd never heard of, but enjoyed reading about them all!

★★★ A must for every woman who can use some inspiration in role models. The book contains short biographies of women, the book is really a interesting book for women (and also men of course). The book reads very easily. It goes too far to mention names, if you mention one, you must also name another. I do not dare to do that. The book reads for some as an exciting book, the other will probably use it more as a reference book.

Having such a broad canvas will undoubtedly widen the appeal and readership of this entertaining book. It's a quick and accessible read and with each woman's achievements celebrated in a short biography, the pace is fast.

All About History, issue 068

Sonia Picker is an American Scot living far from home in the wilds of London. A keen writer with particular interests in women’s history, social issues and women’s rights, she also acts as a social media creative consultant for growing businesses. With a background in publishing, journalism and the voluntary sector, she aims to change the lives of young people using history as an inspiration.