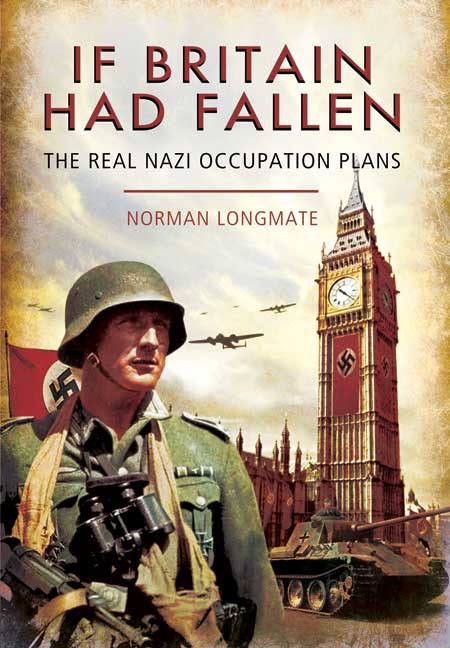 If Britain Had Fallen (ePub)

Click here for help on how to download our eBooks
Add to Basket
Add to Wishlist
You'll be £4.99 closer to your next £10.00 credit when you purchase If Britain Had Fallen. What's this?
Need a currency converter? Check XE.com for live rates

'It is good to see this book back in print . . . a distinguished contribution to the canon of alternate histories.'
– Gary Sheffield in Military History

The question 'what if' Germany had invaded the British Isles has long preoccupied writers, but none have dealt with the subject as comprehensively and effectively as Norman Longmate. Based on a classic television film of the same name, If Britain Had Fallen covers every phase of the subject, from the German pre-invasion manoeuvring and preparations, the landing of troops, to the German seizure of power.

What follows is a fascinating contemplation of what it would have been like to live day to day under German occupation, creating a new reality that is thoroughly believable and thus all the more frightening.

What would have happened to the King and the Government? Would America, Canada or Australia come to the rescue? Would the British people have come to accept the occupation? Would the deportation of friends, the flying of the swastika from Buckingham Palace incite passive compliance, or brave resistance?

All these questions and more are explored to their full in this thought provoking and chilling pastiche of the centuries most enduring and darkest episodes. This is a classic book, with fresh material from Norman Longmate.

We all like to speculate and many times the subject of what would have happened if the Germans had invaded Britain in 1950 was a frequent one for discussion. This book by Norman Longmate was originally published in 1972, when such discussions were common… This is an extremely thorough investigation of this intriguing topic.

The author uses an insightful mixture of fact – based on historical accounts from the occupation of countries such as France, Norway, Denmark and the Channel Islands – and fiction to create this compelling account of a scenario Britain fought so vehemently to avoid during the Second World War. The book should challenge your thinking on the subject throughout and whether Britons would have resisted or collaborated with the Germans in the event of an occupation is an open-ended question that is ultimately left for the reader to decide.

This book will apeal to those who are fascinated by the whole Nazi era and what it might have meant for the UK. This was the grand-daddy of the type and is still very good indeed.

Longmate tackles the age-old 'what if' on this thought provoking, thrilling account of one of history's darkest episodes.

As an intriguing tale of how the Germans might have ruled Britain had they won WW2 and invaded Britain, this book makes for chilling reading.