Letters from the Light Brigade (Hardback)

The British Cavalry in the Crimean War

"Dozens of graphic first-hand accounts of the Charge of the Light Brigade emerge to shed new light on the military blunder immortalised by tennyson's poem" - The Telegraph
You'll be £17.50 closer to your next £10.00 credit when you purchase Letters from the Light Brigade. What's this?
+£4.50 UK Delivery or free UK delivery if order is over £35
(click here for international delivery rates)

The Charge of the Light Brigade is one of the most famous, controversial and emotive small-scale actions in military history. Over the 160 years since the event, and since it was immortalized in Tennyson's poem, it has generated a stream of writing and debate. Yet, as this new book by Anthony Dawson shows, the subject is far from exhausted. His selection of previously unpublished letters and journal accounts of the two cavalry charges at the Battle of Balaklava is a notable addition to the literature on the Crimean War. It offers a direct insight into events on the battlefield as they were seen and understood by those who witnessed them and by those who took part. In their own words, and in the language of the time, the men who were there recorded what they knew and felt.

'Anthony Dawson's Letters from the Light Brigade offers us a rich source of authentic, very telling soldiers' experiences from the Crimean War. He presents this new collation with a concise, authoritative commentary on the deployment of the Light Brigade and its major actions in Crimea. Of course, that formation's famous charge at Balaklava is given due prominence, but not exclusively so. There are real gems of insight here, both historical and modern: much to fascinate and a great deal to learn. I for one, will never look at or describe the battles and battlefields of the Crimea again in quite the same way. Hence I am delighted to introduce and commend this work as a very valuable and compelling addition to the literature of the Crimean War.' From the foreword by Mungo Melvin, Major General (retired), President, British Commission for Military History

As featured in the Yorkshire Post, Huddersfield Examiner, Yorkshire Standard and on BBC Radio Manchester.

A startlingly intimate view of war, showing all perspectives. Dawson includes officers' letters, but includes many letters written by private soldiers and junior noncommissioned officers belonging to the newly-literate masses. 'Letters from the Light Brigade' is a book worth reading, if only to remind readers how much things have changed since the 1850s, yet how much people have remained the same.

Anthony Dawson is less interested in the long-running blame game than in giving us an insight into the experience of the relatively lower ranks. We are presented with hundreds of letters from privates, trumpeters, corporals and sergeants. Dawson has admirably traced many previously unpublished or obscure accounts from a series of archives and 160-year old newspapers.

The author has made a very god selection of previously unpublished letters that were written within eight days of the battle. This is primary source material that provides unique insight.

As on can imagine, the arguments surrounding the Light Brigade and Captain Nolan are all debated in full and the novel approach to the subject makes reading this fine book a real pleasure.

The author achieves an attractive blend of narrative and letters, with a wealth of detail from minor tactics to horse management.
A delightful book, of appeal to both the wargamer and the historian.

Letters written in the days after doomed mission of Charge of the Light Brigade reveal troops thought orders were 'perfect madness' but describe bravery of horsemen. 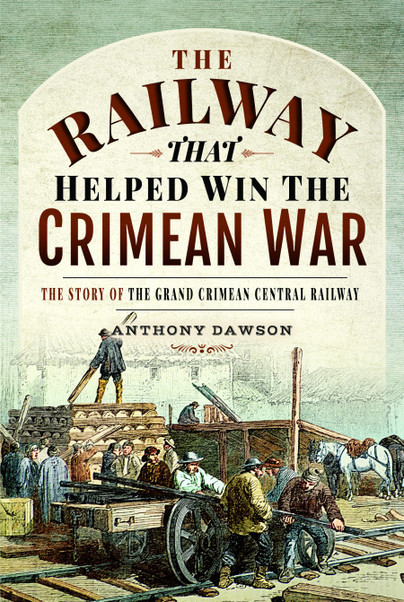 Week after week, the guns of the British expeditionary force battered away at the defences of Sevastopol, eight miles away from Balaklava, the port through which all besiegers’ supplies arrived. As autumn turned to winter, rain and frost turned the track from Balaklava into a muddy quagmire and soon it became virtually impassable. Horses were dying daily in their endeavours to pull carts up the hills to the siege lines, and with few supplies reaching the front, the troops suffered terribly from malnutrition and frostbite. Unless a solution could be found, the entire operation was doomed to humiliating,…