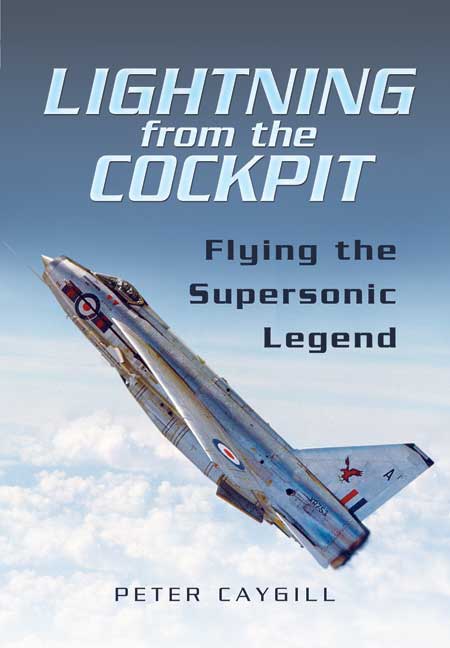 Lightning from the Cockpit (ePub)

Click here for help on how to download our eBooks
Add to Basket
Add to Wishlist
You'll be £4.99 closer to your next £10.00 credit when you purchase Lightning from the Cockpit. What's this?
Need a currency converter? Check XE.com for live rates

The English Electric Lightning was the only single-seat supersonic interceptor fighter designed and manufactured in the UK. It saw service with the RAF in the sixties and seventies and gained a worthy reputation for its speed (in excess of Mach 2) and phenomenal rate of climb. It was, however, a not entirely reliable aeroplane and over fifty were lost during its operational career. In this book, the author has gathered together 16 personal accounts of what it was like to fly the Lightning, thrilling stories that convey the immense brute power of the machine and also its many pitfalls. To see a Lightning take off and climb vertically until it vanishes into the sky was one of the most spectacular sights in aviation. The lengthy Appendices include original offical pilot notes, cockpit layout and operational interception routines.

A good book to have on your bookshelf!

Modellers, enthusiasts and historians are sure to welcome the previously unpublished information and interesting photographs the author has at his disposal.

As a guide to the technical and operating aspects of the aircraft it is an indispensable reference giving the reader all the 'ins and outs' and 'nuts and bolts', and providing an accurate and informative picture of the 'Lighting from the Cockpit'

Lightning from the cockpit: by Peter Caygill Tells the story of the design and development history of the lightning jet. the high point is 16 personal accounts of supersonic flying that put you in the cockpit at mach 2 and 40 thousand plus feet and accounts of test flying by the late Roland Beamont add lots of action!. 185 pages and 39 photos make is a great read! Johnny Allred ABQ. NM USA