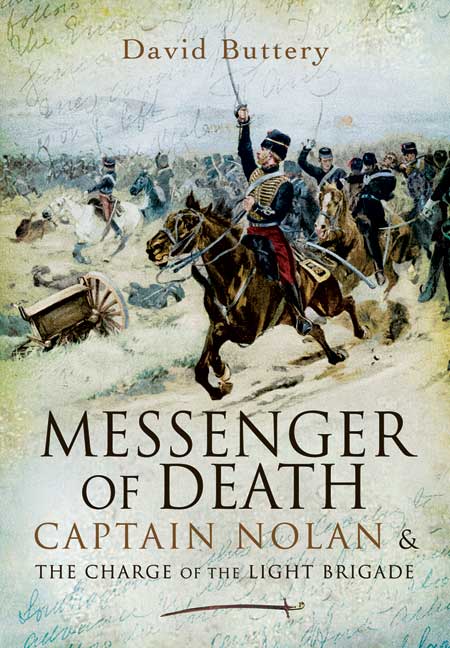 Captain Nolan and the Charge of the light brigade

Add to Basket
You'll be £4.99 closer to your next £10.00 credit when you purchase Messenger of Death. What's this?
Need a currency converter? Check XE.com for live rates

Captain Louis Nolan delivered the order that produced one of the most famous blunders in all military history - the Charge of the Light Brigade. Nolan's conduct and the Charge itself have been the subject of intense, sometimes bitter debate ever since. Yet there has been no recent biography of Nolan. He remains an ambiguous, controversial figure to this day. In this fresh and perceptive study, David Buttery attempts to set the record straight. He reassesses the man and looks at his military career, for there was much more to Louis Nolan than his fatal role in the Charge. This sympathetic account of his life throws new light on the Victorian army and its officer class, and on the conduct of the war in the Crimea. It also offers the reader an inside view of the most notorious episode of that war, the Charge at Balaklava on 25 October 1854.

David Buttery has established a reputation as a leading historian of nineteenth-century British military history and the British Empire. He has made a particular study of the Napoleonic and Crimean Wars.

He has worked in newspapers and in an oral history archive and has published extensively in many of the leading military history periodicals including the Victorian Military Society's journal, The Leicestershire Chronicle and Military Illustrated. His most recent books are Wellington Against Massena: The Third Invasion of Portugal 1810-1811 and Messenger of Death: Captain Nolan and the Charge of the Light Brigade.