Preorder
You'll be £20.00 closer to your next £10.00 credit when you purchase Murder During the Hundred Years' War. What's this?
+£4.50 UK Delivery or free UK delivery if order is over £35
(click here for international delivery rates)

In 1375, Sir William Cantilupe was found murdered in a field outside of a village in Lincolnshire. As the case progressed, fifteen members of his household were indicted for murder, and his armour-bearer and butler were convicted. Through the lens of this murder and its context, this book will explore violence, social norms and deviance, and crime and punishment 'at home' during the Hundred Years' War.

The case of William Cantilupe has been of interest to historians for many years, ever since Rosamund Sillem brought it to light in her work on the Lincolnshire Peace Rolls in the 1930s, but this is the first time it has received a book-length treatment, taking relationships between the lords and their servants into account. The verdict – guilty of petty treason – makes this one of the first cases where such a verdict was given, and this reveals the deep insecurities of England at this time, where the violent rebellion of servants against their masters (and wives against their husbands) was a serious concern, enough to warrant death by hanging (for men) and death by burning (for women). The reader is invited to consider the historical interpretations of the evidence, as the motives for the murder were never recorded. The relationships between Sir William and his householders, and indeed with his own wife and, and whether the jury were right to convict him and his alleged accomplice in the first place.

Dr Melissa Julian-Jones teaches history at Cardiff University Centre for Continuing & Professional Education and was the Network Facilitator for the International Research Network, Voices of Law: Language, Text and Practice, 2016-2018. She is the co-founder and co-organiser of the biennial Power of the Bishop in the Middle Ages conference, and the co-editor of its volumes. 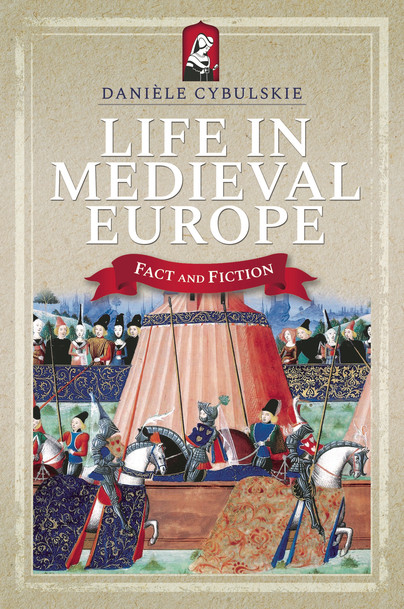 Have you ever found yourself watching a show or reading a novel and wondering what life was really like in the Middle Ages? What did people actually eat? Were they really filthy? And did they ever get to marry for love? In Life in Medieval Europe: Fact and Fiction, you’ll find fast and fun answer to all your secret questions, from eating and drinking to sex and love. Find out whether people bathed, what they did when they got sick, and what actually happened to people accused of crimes. Learn about medieval table manners, tournaments, and toothpaste, and find out if people really did poop in…

Click here to buy both titles for £32.00
Other titles in Pen & Sword History...
eBook