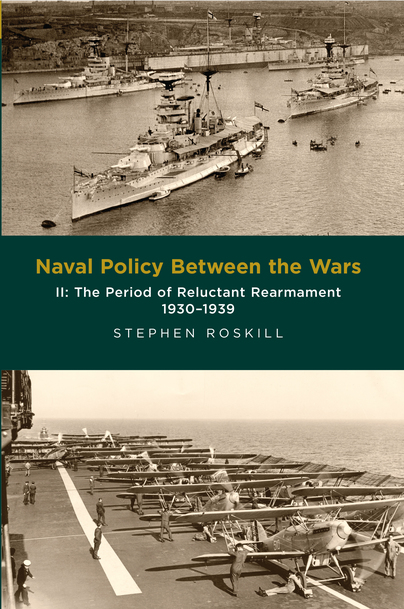 Add to Basket
Add to Wishlist
You'll be £13.99 closer to your next £10.00 credit when you purchase Naval Policy Between the Wars. What's this?
+£4.50 UK Delivery or free UK delivery if order is over £35
(click here for international delivery rates)

First published in 1968 and 1976, the two volumes of this work still constitute the only authoritative study of the broad geo-political, economic and strategic factors behind the inter-war development of the Royal Navy and, to a great extent, that of its principal rival, the United States Navy. Roskill conceived the work as a peacetime equivalent of the official naval histories, filling the gap between the First World War volumes and his own study of the Navy in the Second. As such it is marked by the extensive use of British and American sources, from which Roskill extracted shrewd and balanced conclusions that have stood the test of time.rnrnPicking up the story in 1930, this volume covers the rise of the European dictatorships on the one hand, alongside continuing attempts at controlling arms expenditure through diplomacy and treaties. Eventually, Italian, German and indeed Japanese aggression diminished the prospects for peace, to the point where Britain felt forced to rearm. How the Navy used the precious few years leading up to the outbreak of war is a crucial section of the book and forms a fitting conclusion to this important study of the inter-war years.