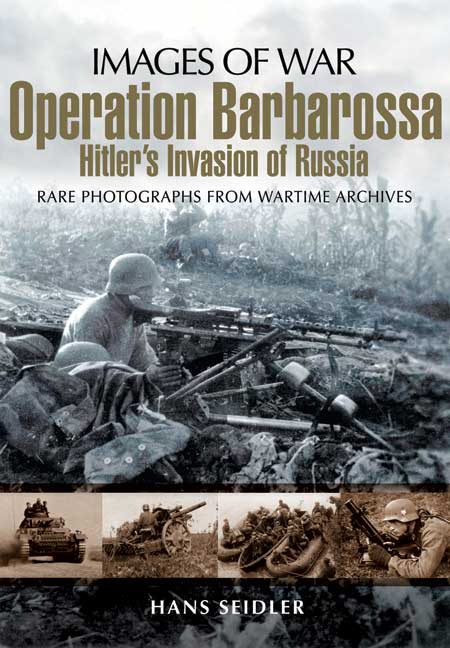 Add to Basket
Add to Wishlist
You'll be £11.25 closer to your next £10.00 credit when you purchase Operation Barbarossa. What's this?
+£4.50 UK Delivery or free UK delivery if order is over £35
(click here for international delivery rates)

Hitler's decision to renege on his alliance with Stalin and invade Russia in June 1941 was to have the most far reaching consequences for the world. Indeed, if there was one critical turning point in the Second World War, it would have to be this.

The latest book in the Images of War series uses over 300 rare contemporary photographs to capture the scale, intensity and brutality of the fighting that was unleashed on 22 June 1941. No less than 4.5 million men of the Axis Power advanced on a 2,900 kilometer front.

We see how the apparently unstoppable German led assaults crushed the Soviet resistance. But not for the first time Russian determination aided by the terrible winter conditions and over extended lines of communication checked the Nazi onslaught.

In the annals of warfare there has never arguably been such a bitter and costly campaign.

A photographic history of Germany's epic invasion of Russia from June to December 1941, separated into four chapters covering the initial attack, the advance into Russia, the Moscow offensive, and the first months of winter. These chapters are preceded by a brief summary of events, followed by a broad and diverse range of large and rarely seen photographs accompanied by detailed captions, each carefully selected to highlight different uniforms, vehicles, weaponry and situations. At 175 pages, this is one of the larger books in the "Images of War" series, and the early chapters demonstrate the seemingly unstoppable advance with troops and convoys often on the move with large numbers of Russian prisoners of war being taken. The later pages reveal the desperate struggle against the climate, first with the autumn rains which reduced the track roads to swamps through which vehicles had to be manhandled, and then the bleak onset of winter for which the German Army was completely unprepared.

The latest book in the Images of War series uses over 300 rare contemporary photographs to capture the scale, intensity and brutality of the fighting that was unleashed on 22 June 1941. No less than 4.5 million men of the Axis Power advanced on a 2,900 kilometre front.
We see how the apparently unstoppable Germans led assaults and crushed the Soviet resistance.

Overall it is an illuminating and interesting collection that brings many aspects of Operation Barbarossa to life in a way that the written word never can. 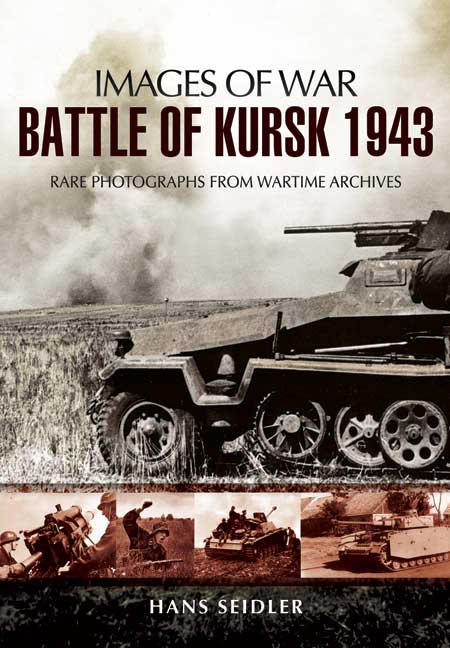 Click here to buy both titles for £26.24
More titles by Hans Seidler