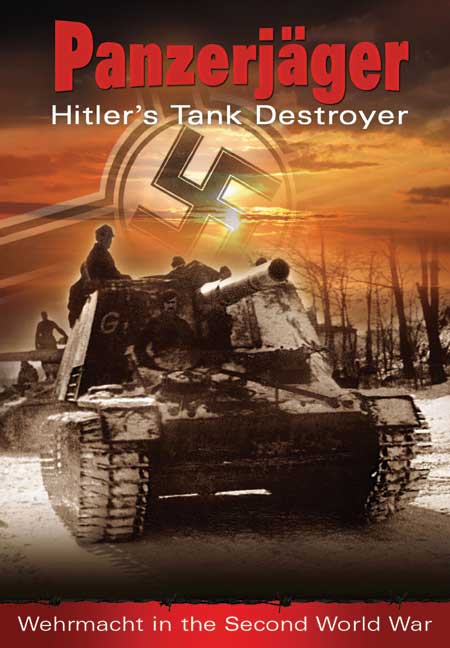 Add to Basket
Add to Wishlist
You'll be £14.99 closer to your next £10.00 credit when you purchase Panzerjäger. What's this?
+£4.50 UK Delivery or free UK delivery if order is over £35
(click here for international delivery rates)

After the limited success of the Panzer I and II tanks against the enemy in the early years of the Second World War, the Germans soon realized that a new type of specific tank hunter had to be developed, as well as a new military arm to support them. The Panzerjäger was the result. Starting from 1940 onwards, this famous and much feared branch of the German Wehrmacht focused primarily on anti-tank artillery and tank destroyers. The Panzerjäger troops were equipped with vehicles produced by mounting an existing anti-tank gun on a tracked chassis to allow higher mobility, with the Panzerjäger I being the first variant. In the years that followed until the end of the war many different vehicle designs were used by the Germans including the famous StuG IV and Jagdpanther.

Using unusual and rare archive film footage, this film shows the dreaded German Tank Hunter against the enemy, as well as in defensive battles with other arms of the German army.