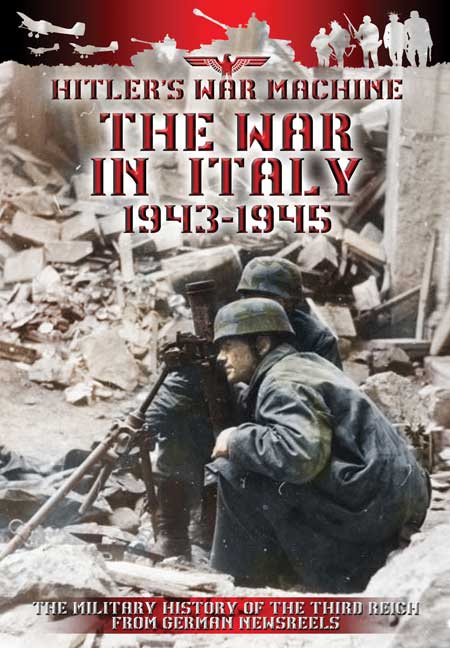 The War in Italy (DVD)

Add to Basket
Add to Wishlist
You'll be £9.99 closer to your next £10.00 credit when you purchase The War in Italy. What's this?
+£4.50 UK Delivery or free UK delivery if order is over £35
(click here for international delivery rates)

This DVD explores the Italian Campaign, fought from July 1943 until the end of the Second World War in 1945 where 60,000 Allied and 50,000 German troops lost their lives.

Featured on the DVD are battles fought in the invasion of Sicily, the allied advance to Rome and the battles for Northern Italy, as well as air operations. All of this is documented from the German perspective which culminates in a fascinating DVD that also explores the powers of the German propaganda machine.

This volume featuring translated Wochenschau newsreels records Churchill's attempt to seize the “soft underbelly” of Europe, which proved to be dogged by the defensive battles that lasted to the final monemts of World War II.

This DVD collates German film that was produced for propaganda purposes. It has been collated, edited and translated into English to provide a vivid record of the fight for Italy, including the rescue of Mussolini from his mountain prison by SS Special Forces. This is film footage that should not be missed.

A quite marvellous collection of German newsreel footage documenting the Italian campaign.