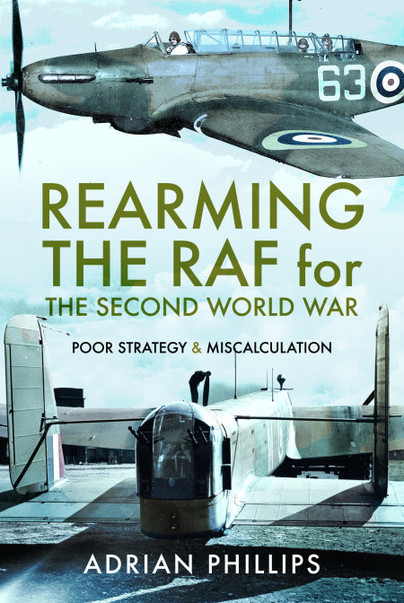 Rearming the RAF for the Second World War (Hardback)

Add to Basket
Add to Wishlist
You'll be £25.00 closer to your next £10.00 credit when you purchase Rearming the RAF for the Second World War. What's this?
+£4.50 UK Delivery or free UK delivery if order is over £40
(click here for international delivery rates)

When the RAF rearmed to meet the growing threat from Nazi Germany's remorseless expansion in the late 1930s, it faced immense challenges. It had to manage a huge increase in size as well as mastering rapid advances in aviation technology. To protect Britain from attack, the RAF's commanders had to choose the right strategy and the right balance in its forces. The choices had to be made in peacetime with no guidance from combat experience. These visions then had to be translated into practical reality. A shifting cast of government ministers, civil servants and industrialists with their own financial, political and military agendas brought further dynamics into play. The RAF's readiness for war was crucial to Britain's ability to respond to Nazi aggression before war broke out and when it did, the RAF's rearmament was put to the acid test of battle. Adrian Phillips uses the penetrating grasp of how top level decisions are made that he honed in his inside accounts of the abdication crisis and appeasement, to dissect the process which shaped the RAF of 1940. He looks beyond the familiar legends of the Battle of Britain and explores in depth the successes and failures of a vital element in British preparations for war.

I have to say what a fascinating book and the subject I find is so interesting. Primarily this is a book that looks at the competition and infighting in and amongst the RAF, but not only that, but also the unnecessary fighting with the other arms of the armed forces and other organisations. Quite a bit of the book revolves around what the RAF stood for or what it wanted to concentrate on, for example, it was torn between infighting over whether to concentrate on prioritising small fighter aircraft of big heavy bombers. Basically, it’s like having a kitchen and someone has employed a lot of chefs and they all have to try and work together with the right menu.

A very good book and quite thought-provoking and sometimes I was left thinking how on earth did the RAF succeed, but I really enjoyed reading it because there was lots of research and because it made me think. Plus I’m not sure the average joe in the street realises this was how the armed forces were run, we never hear about this in the mainstream media. A blinking good read by author Adrian Phillips, one I most certainly recommend.

A compelling, sometimes shocking and always thought provoking description of what happens when blind prejudice, bureaucratic infighting and ill-formed theories are allowed to determine defence policy, equipment procurement and the security of the nation.

A detailed and highly readable account of how the RAF became obsessed with the bomber in the decades before the Second World War, yet even after six years of continual expansion Bomber Command was unable to mount a credible offensive against Germany in 1940. Adrian Phillips skilfully uses archival sources to show how the clash of personalities inside Whitehall combined with false orthodoxies within the Air Ministry to leave Britain with no counter to Hitler's Luftwaffe - except, almost by accident, the Spitfires and Hurricanes of Fighter Command.

After a career as an investment analyst and strategist in London and Frankfurt with a special focus on the political influences on markets, Adrian returned to university for a postgraduate degree in history, which had long been his passion. He focused on how top level decisions were taken in Whitehall and how bureaucrats could often wield greater power than politicians. This features in his books: The King Who Had To Go, which covered the abdication and Fighting Churchill, Appeasing Hitler, which covered appeasement. Rearming The RAF applies his knowledge of how the hidden mechanisms of power operate to military strategy. 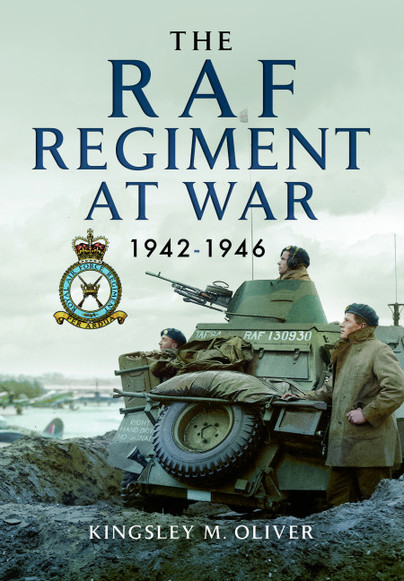