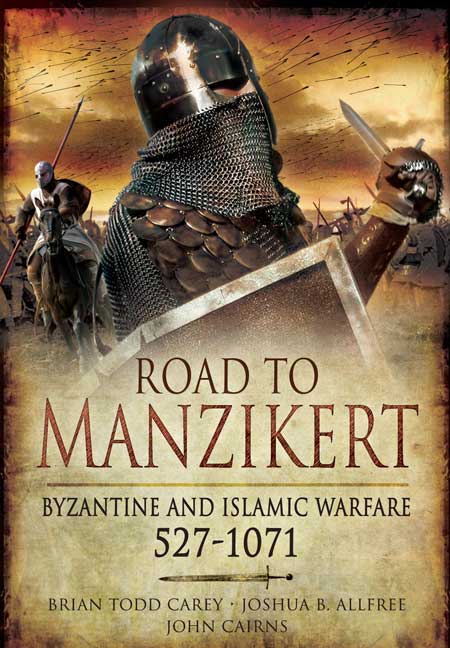 Click here for help on how to download our eBooks
Add to Basket
Add to Wishlist
You'll be £4.99 closer to your next £10.00 credit when you purchase Road to Manzikert. What's this?
Need a currency converter? Check XE.com for live rates

In August 1071, the Byzantine Emperor Romanus IV Diogenese led out a powerful army in an attempt to roll back Seljuk Turkish incursions into the Anatolian heartland of the Empire. Outmanoeuvred by the Turkish sultan, Alp Arslan, Romanus was forced to give battle with only half his troops near Manzikert. By the end of that fateful day much of the Byzantine army was dead, the rest scattered in flight and the Emperor himself a captive. As a result, the Anatolian heart was torn out of the Empire and it was critically weakened, while Turkish power expanded rapidly, eventually leading to Byzantine appeals for help from Western Europe, thus prompting the First Crusade. This book sets the battle in the context of the military history of the Byzantine Empire and the Islamic World (Arab and Seljuk Turkish) up to the pivotal engagement at Manzikert in 1071, with special emphasis on the origins, course and outcome of this battle. The composition, weapons and tactics of the very different opposing armies are analysed. The final chapter is dedicated to assessing the impact of Manzikert on the Byzantine Empire's strategic position in Anatolia and to the battle's role as a causus belli for the Crusades. Dozens of maps and battle diagrams support the clear text.

“The numerous maps and battle plans (expertly drawn by Joshua B. Allfree and John Cairns) are excellent. Readers with an interest in medieval military history will enjoy it.”

“…the book is generally well edited and highly readable. Readers with an interest in medieval military history will enjoy it.”