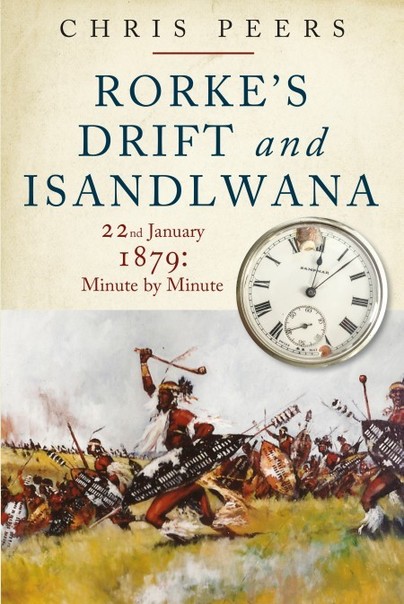 Click here for help on how to download our eBooks
Add to Basket
Add to Wishlist
You'll be £4.99 closer to your next £10.00 credit when you purchase Rorke's Drift and Isandlwana. What's this?
Need a currency converter? Check XE.com for live rates

Chris Peers is to be congratulated on his thorough research of this complicated campaign in the Anglo-Zulu war. The minute-by-minute measured approach has enabled him to cross-check and confirm other documented accounts and highlight inaccuracies. The text is accompanied by modern photographs both of Isandlwana and Rorke’s Drift, plus black and white photographs including the scattered graves of the combatants, a Zulu memorial, maps, layouts, notes and suggested sources and reading. Biographical details are given of the main participants as well as the authors thoughtful and balanced conclusions. Those who fought, both British and Zulu, at Isandlwana and at Rorke’s Drift, deserve their place in history and to be remembered for their bravery and courage in upholding their respective nations pride. This excellent volume is a valuable addition to the histography of the Anglo-Zulu war.

The minute-by-minute approach taken by Chris Peers and his extremely detailed research along with good maps, colour and monochrome plates that support good visualisation of the topography make this a comprehensive volume and of course the ‘what ifs’ remain but all in all this is a highly readable account and a fitting addition to any bookshelf.

The legend put to the test and told minute by minute.

"...the author has drawn on first-hand testimonies from both sides to pen reconstructions of how the battles unfolded and links between them. He also debunks some Victorian myths as he uncovers examples of confusion, incompetence and courage."