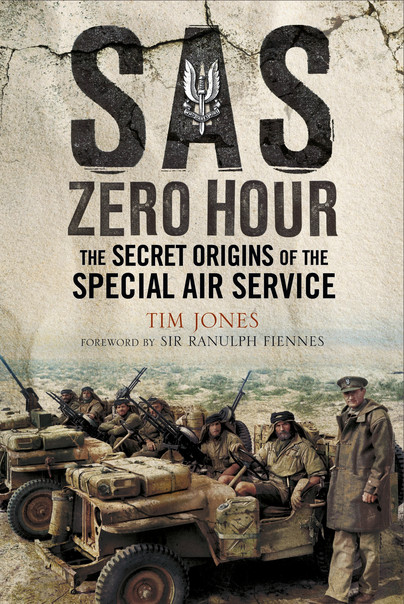 You'll be £4.99 closer to your next £10.00 credit when you purchase SAS Zero Hour. What's this?
Need a currency converter? Check XE.com for live rates


The origins and early exploits of the Special Air Service have been analysed many times, but surprisingly little attention has been paid to the numerous unorthodox units and concepts previously attempted by the British Army, all of which helped to inspire its ethos. These precede its foundation by 200 years in the case of Rogers Rangers, who attempted to emulate the hit and run tactics of the Native American tribes deep behind enemy lines; a form of warfare which Lawrence of Arabia expanded upon to considerable effect in the First World War. The book also looks at the Lovat Scots who were formed during the Boer War to provide the British with a reconnaissance force which could match their opponents superb mobility, marksmanship, and knowledge of the land. This idea inspired the thinking behind the Independent Companies, who were intended to act as a guerilla force during the Norwegian campaign, living off the land and making small scale raids against the enemy. With further chapters profiling the Commandos, Airborne Forces, the Special Boat Squadron, Layforce, and the Long Range Desert Group, it is only in the final quarter of the book when all of these pieces are assembled into David Stirling's concept for the SAS, with its formation and first operations being described.

He is said to have come up with one of the most famous armed forces regiments in history from a hospital bed before sneaking into military headquarters to make sure his plan was heard.