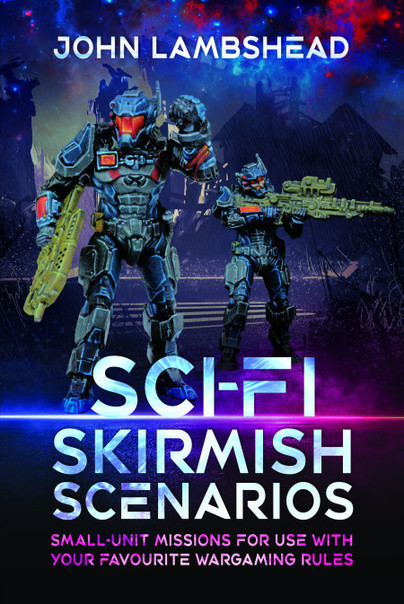 Small-unit Missions For Use With Your Favourite Wargaming Rules

Preorder
Add to Wishlist
You'll be £11.99 closer to your next £10.00 credit when you purchase Sci-fi Skirmish Scenarios. What's this?
+£4.50 UK Delivery or free UK delivery if order is over £40
(click here for international delivery rates)

Welcome to The Sprawl…

Sci-fi skirmishes are an increasingly popular genre of war game but they are more dependent than most on good scenarios to keep them varied and exciting. John Lambshead has taken the work out of scenario building. He presents a selection of thirty-six missions of varying complexity, each with clear objectives and victory conditions, a map showing set-up zones and some with special rules. Although they are set in his imagined dystopian city of Civitas Cavernum (aka The Sprawl), with its factions of Scavs, Proctors, Cultists and Corporates, the scenarios are designed to be adaptable to almost any setting and set of rules (including those published in the author’s One-hour Skirmish Wargames). In addition, there are no less than three mini-campaigns that link the scenarios together in various combinations.

But that is not all. John Lambshead gives advice on designing your own scenarios and campaigns and there is even a set of tables allowing you to quickly create them through random dice rolls, ensuring almost infinite variety to your games. Finally, there is a useful reference section listing websites of rules publishers and manufacturers of suitable miniatures and model terrain. Welcome to The Sprawl (but keep your gun close and your mask on).

Dr John Lambshead designed the award-winning computer game, Frederick Forsythe’s Fourth Protocol, which was the first icon-driven game, was editor of Games & Puzzles and Wargames News, and has written a number of wargaming rules and game supplements for Games Workshop, Warlord Games and Osprey. He was co-author, with Rick Priestley, of Tabletop Wargames, A Designer and Writer’s Handbook (2016) and author of the highly successful One-hour Skirmish Wargames (2018), both published by Pen & Sword Books. When not designing games, he writes popular science and historical articles and books and has written SF&F novels and short stories for Bane Books and other publishers. He lives in Rainham, Kent.

Rick Priestley is the world’s most successful and best known wargame designer. He has created many professional wargames including Warhammer and Warhammer 40K, which together have outsold all other wargames by a huge margin. He is also the author of successful sets of historical wargame rules for several periods, including Black Powder and Hail Caesar. 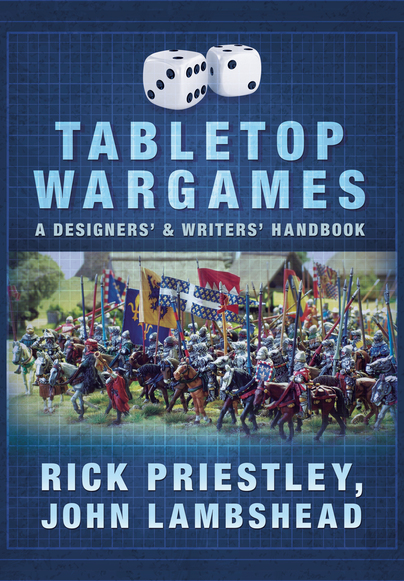 Unlike chess or backgammon, tabletop wargames have no single, accepted set of rules. Most wargamers at some point have had a go at writing their own rules and virtually all have modified commercially available sets to better suit their idea of the ideal game or to adapt favourite rules to a different historical period or setting. But many who try soon find that writing a coherent set of rules is harder than they thought, while tweaking one part of an existing set can often have unforeseen consequences for the game as a whole. Now, at last, help is at hand. Veteran gamer and rules writer John Lambshead…

Click here to buy both titles for £23.24
More titles by John Lambshead
Re-Release