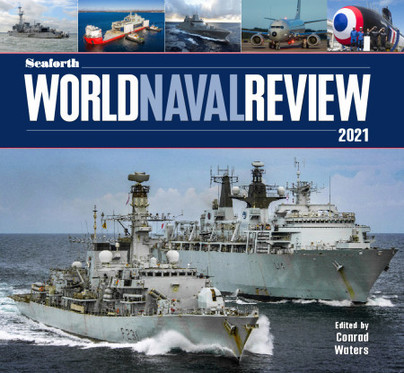 Add to Basket
Add to Wishlist
You'll be £35.00 closer to your next £10.00 credit when you purchase Seaforth World Naval Review 2021. What's this?
+£4.50 UK Delivery or free UK delivery if order is over £35
(click here for international delivery rates)

The World Naval Review provides an essential snapshot of global fighting fleets and their recent developments - good value for money.

Previously I reviewed the 2020 edition of this excellent book. The 2021 one follows on in the same manner. Another interesting volume, well printed with excellent illustrations.

In my opinion, this well-produced and well-illustrated annual continues to be the most authoritative and accessible source for those wishing to keep abreast of naval developments. Highly recommended.