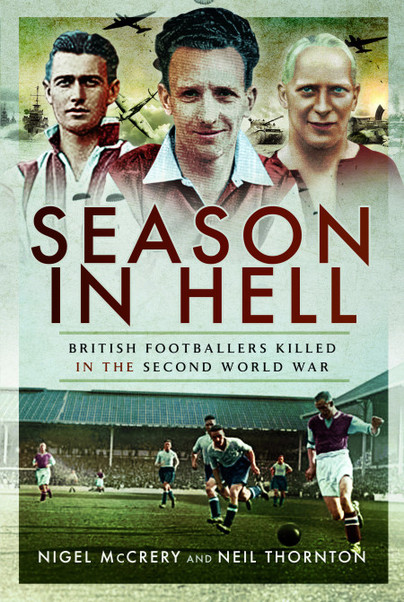 Preorder
Add to Wishlist
You'll be £15.99 closer to your next £10.00 credit when you purchase Season in Hell. What's this?
+£4.50 UK Delivery or free UK delivery if order is over £35
(click here for international delivery rates)

Professional football was officially suspended at the outbreak of the Second World War in September 1939. With their contracts terminated, players were free to join the Armed Forces and, by April 1940, 514 were enlisted in the Army, 84 in the RAF and 31 in the Royal Navy. Many others were involved in war work; one factory in Oldbury boasted 18 West Bromwich Albion players.

Of those who joined up 80 were to die. These included English International Tom Cooper who had played for Liverpool, Derby County and Port Vale, Alan Fowler of Swindon Town who died after D Day serving with the Dorsets, and Herbie Robert of Arsenal. Many were household names as Gareth Bale and Wayne Rooney are today.

In this powerful and evocative memorial book the author traces the footballing and military careers of these talented men who sacrificed all for King and Country. 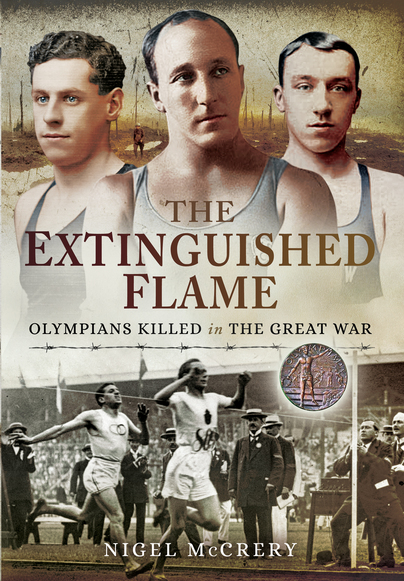 The Extinguished Flame Olympians Killed in The Great War (Hardback)

In August 2016 the world will be spellbound by the Olympic Games in Rio de Janeiro as 10,500 athletes from 206 countries compete in 306 events. Tracing their origins back to the Greeks in 776 BC, the history of the Olympics is a glorious one but it has had its darker moments. During the First World War no fewer than 135 Olympians perished. Many had won Gold, Silver and Bronze medals. They came not just from the UK, Germany, France, USA but from all over the globe. Wyndham Halswelle, killed in action on 31 March 1915, won a Gold, Silver and Bronze medals in both field and track events. The Frenchman…