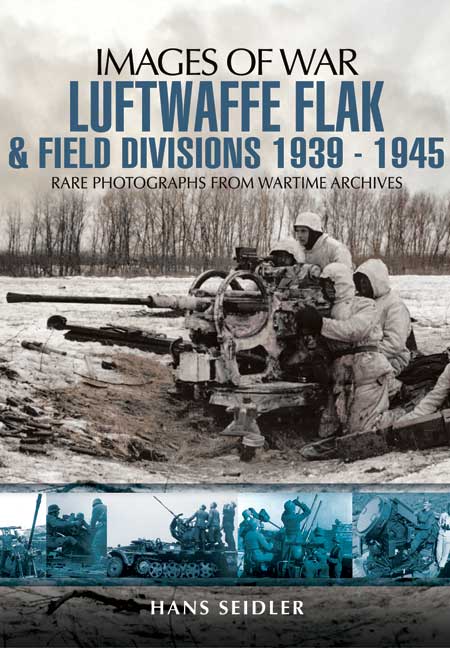 Click here for help on how to download our eBooks
Add to Basket
Add to Wishlist
You'll be £4.99 closer to your next £10.00 credit when you purchase Luftwaffe Flak and Field Divisions 1939-1945. What's this?
Need a currency converter? Check XE.com for live rates

In true Images of War Series style, this authoritative book tells the unique story of Hitler’s Luftwaffe Flak and Field Divisions in words and rare images. From the outset of WW2, Go¨ ring’s Luftwaffe Flak units saw extensive fighting with their 2cm, 3.7cm and deadly 8.8cm anti-aircraft guns. By the time of the Nazis’ invasion of Russia, Luftwaffe ground forces had been expanded and were being used in both the army support and air roles. After initial success on the Eastern Front turned to stalemate and huge losses, Hitler ordered the raising of Luftwaffe Field Divisions to bolster the Army. These were initially under Go¨ ring’s command but, in late 1943, were handed over to the Army and re-organised as standard infantry divisions (of three two-battalion rifle regiments) retaining Luftwaffe designations. The most famous was the elite Hermann Go¨ ring Divisions, which was re-organised as a Panzer Division.

By 1944 there were no less than twenty-one Luftwaffe Field Divisions plus many similar regiments, fighting on all fronts. Of all German anti-tank weapons, the 8.8cm gun was the most feared and destructive.

Luftwaffe Flak and Field Divisions 1939-1945 describes the evolution of this unique element of the Nazi war machine by means of clear text and superb images and will appeal to modellers, war-gamers and Second World War enthusiasts alike

It is profusely illustrated with wartime images depicting a wide range of German artillery pieces and the soldiers operating them. Well worth a look.