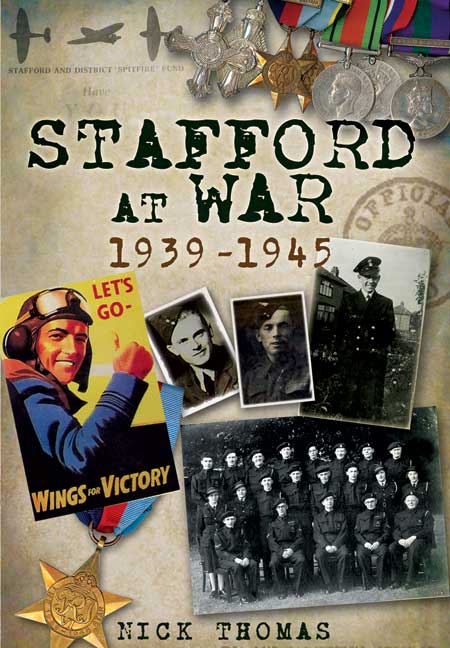 Click here for help on how to download our eBooks
Add to Basket
Add to Wishlist
You'll be £4.99 closer to your next £10.00 credit when you purchase Stafford At War 1939-1945. What's this?
Need a currency converter? Check XE.com for live rates

Stafford at War is a vivid many-sided portrait of a county town during one of the extraordinary periods in English history. In his wide-ranging narrative Nick Thomas looks at the impact of the Second World War on the townspeople - how it affected their daily lives, their work, their families. And he recalls the contribution Stafford made to the war effort at home and abroad. The story he tells gives a fascinating insight into wartime life and it is a moving record of the sacrifices made by local people. His detailed and fully illustrated account will be fascinating reading for everyone who knows Stafford and wants to find out about its history.