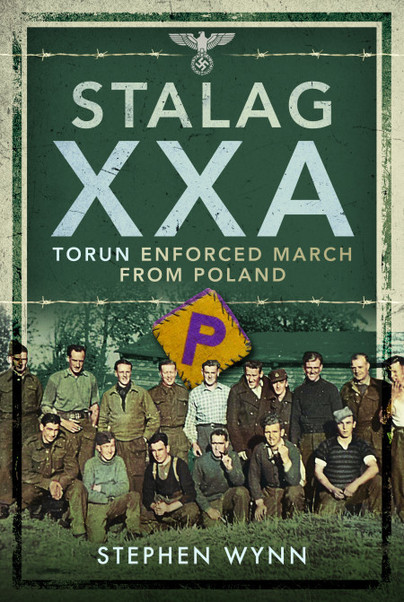 Stalag XXA and the Enforced March from Poland (ePub)

Click here for help on how to download our eBooks
Add to Basket
Add to Wishlist
You'll be £4.99 closer to your next £10.00 credit when you purchase Stalag XXA and the Enforced March from Poland. What's this?
Need a currency converter? Check XE.com for live rates

Stalag XXA was a Second World War German POW camp for non-commissioned officers located in Nazi occupied Torun, in northern Poland. The camp consisted of fifteen forts, which in September 1939, under the name of Stalag 357, was used to house Polish POWs who were captured after German forces had taken the Polish fort at Westerplatte. British POWs didn’t arrive at the camp until June 1940, and were those captured during the Allied campaign in Norway, the evacuations of the British at Dunkirk, and the men of the 51st (Highland) Division at St. Valery. At its peak, the camp housed more than 10,000 men and was liberated by Russian forces on 1 February 1945.

This book examines in detail what life was like in the camp for those held there, which over the course of the war numbered more than 60,000 men, including Polish, French, Belgians, British, Yugoslavians, Russians, Americans, Italians and Norwegians.

The bulk of the book is based on a diary kept by Leonard Parker, a POW at Stalag XXA who was forced to undertake a march from the camp, commencing on 19 January 1945, taking himself and his comrades to the Russian port of Odessa. It was a difficult march undertaken in harsh wintery conditions, where lack of food, the cold, and the fear of death were their constant companions.

The final leg of their liberation saw the men of Stalag XXA board the Duchess of Richmond at Odessa, before arriving at Greenock, Scotland, on 17 April 1945, and finally finding their freedom.

Based largely on a POW diary, this book sheds fresh light on the conditions facing POWs in Poland as the Nazi State collapsed. This is a most interesting account of the conditions in POW camps and the forced marches in difficult conditions. – Very Highly Recommended

Under the format of a diary this book tells the story of Leonard Parker, his life and daily struggle of living in a prison camp. In my opinion the best way of getting across the information and story of real happenings, it’s not usually full of excuses or immaterial things, this is real life everyday occurrences which makes it far more likely to be accurate and honest. I always find these types of story fascinating because they are nothing like the ‘classic’ films we see on tv from WW2, they are always so much more grim, depressing and harsh it never amazes me how the men find it so hard to cope with in reality. And all this despite the men themselves to form gangs of friends, work teams and even show like troops to perform to the men every so often. This was a great read, sometimes hard and I must admit I thought it would be a bit longer than it was. But very well put together/ and written by the author Stephen Wynn. A usually underplayed part of the war, I really enjoyed this book and I would recommend this book to all.