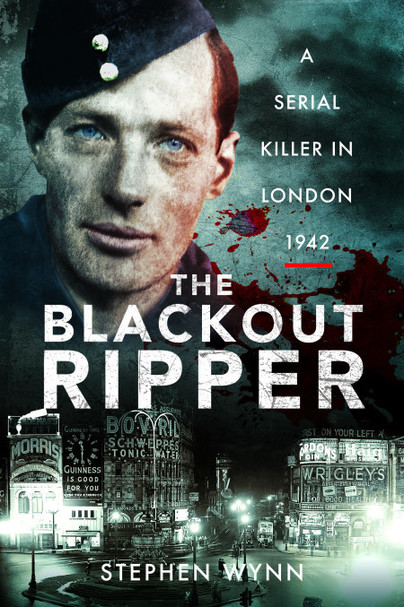 A Serial Killer in London 1942

Preorder
Add to Wishlist
You'll be £11.99 closer to your next £10.00 credit when you purchase The Blackout Ripper. What's this?
+£4.50 UK Delivery or free UK delivery if order is over £35
(click here for international delivery rates)

Two days before the outbreak of the Second World War, the British government imposed blackout regulations across the nation as it was believed that in the event of war, Germany would very quickly begin conducting air raids on British towns and cities. The measures included covering windows in a dark, thick material at night to ensure no light could be seen from the outside. The use of vehicle headlamps was also prohibited, which resulted in a number of accidents and pedestrians being killed.

These restrictions, enforced by Air Raid Precaution wardens and the police, were for the benefit and safety of the British public, but it also unintentionally made life a lot less dangerous for members of the criminal fraternity, allowing them to go about their regular night time activities with less chance of being caught by the police.

As a result, during one week in February 1942, Gordon Cummins, RAF, was able to move around freely to carry out his attacks and make it back to his billet without being caught, or even stopped, by the police.

The very restrictions put in place to protect the British public from German bombers actually placed women in danger from men such as Cummins: three of his victims were known prostitutes, as was at least one of the two women he is known to have attacked, but who survived.

All of Cummins' victims were attacked during the hours of darkness whilst the ‘blackou&#357; was in place, leading to him becoming known as the Blackout Ripper.