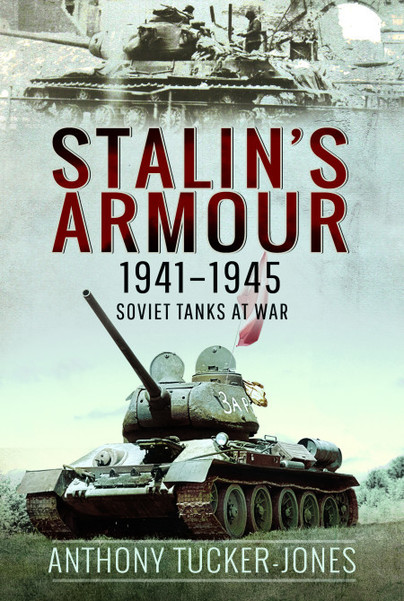 Click here for help on how to download our eBooks
Add to Basket
Add to Wishlist
You'll be £4.99 closer to your next £10.00 credit when you purchase Stalin's Armour, 1941–1945. What's this?
Need a currency converter? Check XE.com for live rates

"This book is a great primer for anyone with a developing interest in Soviet Second World War tank design and employment. I recommend this book to anyone with an interest in Eastern Front armoured combat and tank development."

A very interesting book with Anthony Tucker-Jones in top form.

This book is clearly aimed at anyone who has an interest in Soviet Armoured Forces during World War II. The author cleverly and in an easy to read style brings together the various factors that lead to victory on the Eastern Front and ultimately the defeat of the Nazis. This is an excellent book that unravels a very complicated and important story.