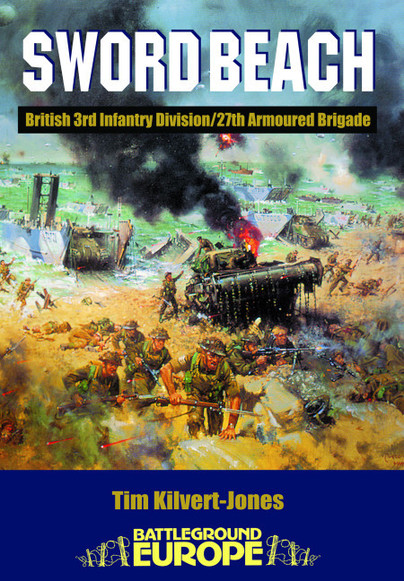 Click here for help on how to download our eBooks
Add to Basket
Add to Wishlist
You'll be £4.99 closer to your next £10.00 credit when you purchase Sword Beach. What's this?
Need a currency converter? Check XE.com for live rates

Continuing the tradition of superb battlefield guides crammed with a wealth of historical detail coupled with a great many maps, photographs and veterans accounts, this edition of the Battleground Europe series focuses on the landing of the 3rd British Infantry Division and the 27th Armoured Brigade on Sword Beach on D-Day. It first outlines the Atlantic Wall defences which awaited them and their preparations for what would be the largest amphibious assault in history, before going on to describe the landing and the difficulties they experienced in securing the beach. Much has been made of the Division's failure to capture Caen by the end of the day, but Kilvert-Jones correctly regards this as an ambitious objective even without the unexpected arrival of the 21st Panzer Division in its suburbs, and demonstrates that the 3rd Division did remarkably well to beat off the counter-attack of this formidable unit and ultimately secure a firm foothold.