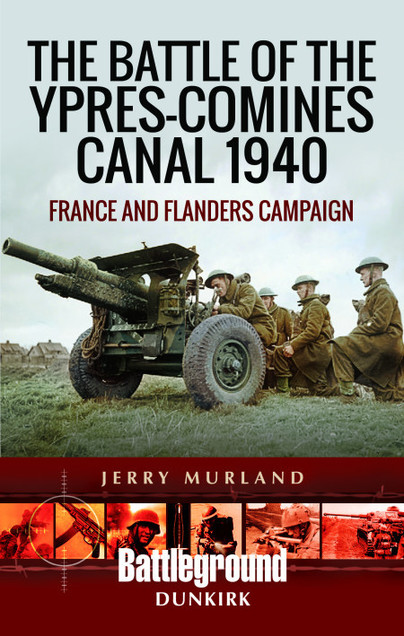 Add to Basket
Add to Wishlist
You'll be £12.99 closer to your next £10.00 credit when you purchase The Battle of the Ypres-Comines Canal 1940. What's this?
+£4.50 UK Delivery or free UK delivery if order is over £40
(click here for international delivery rates)

Jerry Murland is a retired headteacher who has written over twenty books and guidebooks coverering the events of the First and Second World Wars. His first book, Aristocrats Go To War, was published by Pen and Sword in 2010 and since then he has gone on the write a number of others, including the Battlelines Guidebooks to the Western Front, co-written with Jon Cooksey. He is currently writing an account of the Battle of the Ypres-Comines Canal 1940, part of eight Battleground Europe books which cover the France and Flanders campaign of 1940.