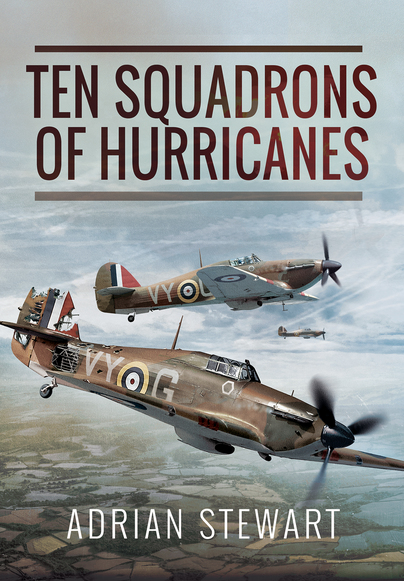 Click here for help on how to download our eBooks
Add to Basket
Add to Wishlist
You'll be £4.99 closer to your next £10.00 credit when you purchase Ten Squadrons of Hurricanes. What's this?
Need a currency converter? Check XE.com for live rates

For many years the importance and contribution of the Hawker Hurricane was eclipsed by the Spitfire but statistically the Hurricane was superior in the majority of cases. Thanks to Tommy Sopwith’s initiative and gamble the Hurricane was ready at the outbreak of the Second World War and in service throughout.

As this superbly researched book reveals by examining the roles, actions and personalities of ten Hurricane squadrons, this iconic aircraft was not only exceptionally robust but astonishingly versatile. We track its performance from the Battle of France and Britain through the Middle East, Italy and on to Burma. It excelled as day and night interceptor, intruder and importantly as a rocket firing tank buster.

The Hurricane inspired great loyalty among its pilots and their colourful personalities and thrilling experiences make this splendid book an informative and entertaining read.