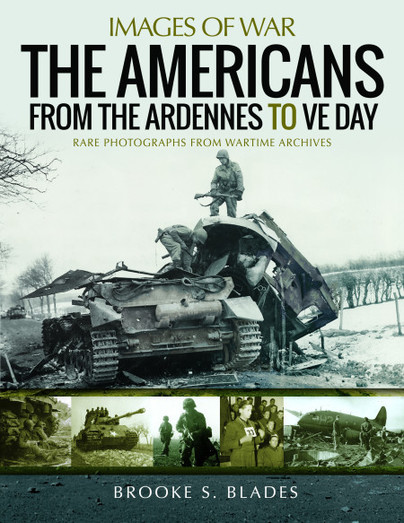 The Americans from the Ardennes to VE Day (ePub)

Click here for help on how to download our eBooks
Add to Basket
Add to Wishlist
You'll be £4.99 closer to your next £10.00 credit when you purchase The Americans from the Ardennes to VE Day. What's this?
Need a currency converter? Check XE.com for live rates


This book will appeal to historians and anyone interested in better understanding of this period in history and the role played by US troops in liberating Europe from Nazi tyranny. Model makers will find much to inspire. Highly recommended to all who have an interest in this period and American forces in particular.

This 256-page book is perhaps one of the most consistent in the "Images of War" series and is a worthy conclusion to Brooke S. Blades' mini series about the American effort from Normandy to Germany.

There are several stunning images I have never seen before and the captions are often more informative than normally is the case. Several photos should be able to inspire modellers and reenactors.

A most interesting book.