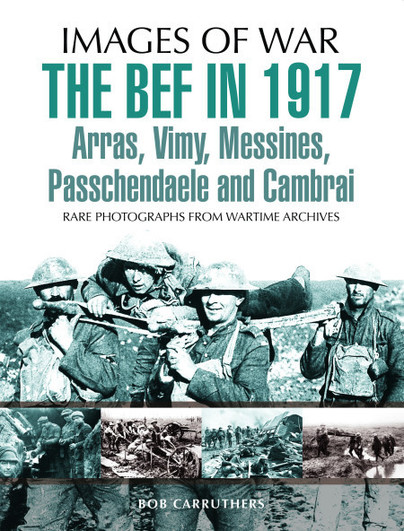 The BEF in 1917: Arras, Vimy, Messines, Passchendaele and Cambrai (ePub)

Click here for help on how to download our eBooks
Add to Basket
Add to Wishlist
You'll be £4.99 closer to your next £10.00 credit when you purchase The BEF in 1917: Arras, Vimy, Messines, Passchendaele and Cambrai. What's this?
Need a currency converter? Check XE.com for live rates

This new volume in the long-running Images of War series features the actions of the British Army at Passchendaele. The book is comprised of rare photographs illustrating the years of fighting on the northern sector of the Ypres salient, which finally culminated in the capture of the ridge at Passchendaele, accompanied by a powerful text written by Official War Correspondent Philip Gibbs, who was an eyewitness to the events. Photographs from the battlefield illustrate the terrible conditions, which the British forces on the battlefield endured in the notorious engagement, which has become synonymous with mud and squalor.

This book incorporates a wide range of images, encompassing the actions of the British infantry and their supporting artillery. Also featured are images which depict the almost incomprehensible state of the waterlogged trenches. Portraits of the British troops are contrasted with German prisoners of war and the endless battle to get the supply columns through to the front.

As we have come into the final year of the 100th anniversary of the Great War this is one I'd rate as one of the best photo collections which illustrate those events so well, specifically from the viewpoint of the BEF. Easily one to recommend.